Political populism is a condition to be managed, not cured 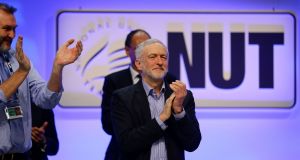 We are living through a mass rejection of elites. We know this because everybody says so. And magically, the reasons for popular rage always cohere with our own resentments.

If only politicians had done more to punish bankers after the crash. If only they had curbed immigration. Or is it inequality? If only governments had worked through each item of the personal manifesto that you – or I, or the next columnist along – have touted for years, this populist fever might not have America and much of Europe in its clammy grip.

There is too much neatness here to be credible. It is not obvious that anything connects Jeremy Corbyn, whose leftwing leadership of Britain’s Labour Party sprung from nowhere, to Marine Le Pen, whose far-right Front National is a seasoned force in France, to Donald Trump’s gonzo command of the US Republicans. There is such a thing as randomness. Not everything has to mean something.

“Wonderful explanation machines” is the philosopher Nassim Nicholas Taleb’s synonym for human brains. We are “capable of making sense out of almost anything” and “generally incapable of accepting the idea of unpredictability”. McCarthyism swarmed through mid-20th century America, just as Pierre Poujade was luring French voters to an ornery politics that would eventually take his name. These two things probably had nothing to do with each other.

Even if anti-elitism does weave together today’s political sensations, neither they nor that cause are successful enough to define our age. The era of Trump, Corbyn and Le Pen is, less excitably, the era of Barack Obama, David Cameron and Angela Merkel.

These mainstream pragmatists have won general elections in recent years. Politicians of a similar cast will probably succeed them. The combined vote share of Britain’s two establishment parties went up not down between 2010 and 2015. Given the severity of the crash and the remedial austerity that came after, the telling thing about this populist howl is its relative muteness. Voters feel anger but not enough to addle their judgment in elections that actually matter.

Reading shape and consistency into convulsions taking place an ocean apart from each other is bad enough. Pretending they are definitive of the times is another sleight of hand. But the shabbiest move in this three-card trick is the last: the assumption that much can be done to buy off the revolt.

This premise zooms by so fast that, before you can test it, you are signed up to a cycle of causation in which governments are always culpable. If there is something obvious that would calm a seditious electorate, only venality could explain a leader’s failure to do it. That something varies from pundit to pundit – jail the bankers, close the borders – but their confidence in its properties as a salve does not.

This populist moment cannot be deep, cross-national and eminently solvable all at the same time. It is complex to the point of intractability. Coherent demands are hard to glean from the hysteria of a Trump rally, or the mystifying text of a Corbyn speech or the counter-establishment campaign for Brexit, where free-market Tories chafe at EU state aid rules proscribing subsidies for Welsh steel.

True, some followers of these causes are on the bladed end of wage competition, automation and the social flux wrought by worldwide transfers of people and capital. But if the problem is as large as globalisation, the only convincing answer is a state-enforced turn away from the world or something comparably drastic. Most voters, rightly, desire no such thing.

If this reads like a counsel of despair, then despair is not always misplaced. Rich democracies may have to live with a caucus of permanently aggrieved voters amounting to a quarter or a third of the whole. Politicians can ease their grievances with pragmatic adjustments in policy, of the kind Britain has always deployed to stem revolutions at source. But a lasting fix implies changes too draconian for the majority that has never lost its preference for sound government.

The trick is a strategic humility about how much governments can really do for people. The mood in Britain and America soured under leaders who raised impossible expectations. The naive bombast of Tony Blair and Obama gave way but not before hearts were broken. Their legacy is not just Corbyn and Trump, but the bloodless common sense of Cameron and Hillary Clinton. They seem to sense that populism is a chronic condition to be managed, not cured – that a seething minority is still a minority.