Number of students cheating at UK universities rise by 30% 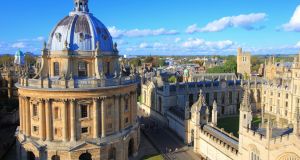 Oxford: Russell Group universities – a group of 24 leading institutions that includes Oxford and Cambridge – shows the number of academic misconduct cases surged from 2,640 to 3,721.

The number of students caught cheating at the UK’s top universities has shot up by a third in three years, with experts warning that institutions are ignoring the problem.

Figures compiled by the Guardian from freedom of information requests to Russell Group universities – a group of 24 leading institutions that includes Oxford and Cambridge – shows the number of academic misconduct cases surged by 30 per cent, from 2,640 to 3,721, between the academic years 2014-15 and 2016-17.

Experts have expressed concern about the findings.

Thomas Lancaster, a senior teaching fellow at Imperial College London and one of the UK’s leading experts on essay cheating, said: “A growing number of young people also feel more pressure than ever before, often turning to cheating to help them get through their degrees. It’s also easier to access websites that offer paid-to-order essays.”

Mr Lancaster said universities were getting better at recording incidents, but they were often inconsistent in how they tackled cheating, with many “assuming it’s not their problem”.

Leeds University recorded one of the biggest rises in reports of cheating. Cases more than doubled from 181 to 433, in three years. At Glasgow University, the number shot up from 161 to 394.

A Leeds University spokesperson said it had improved processes for collecting information about academic misconduct cases.

A spokesperson for Glasgow University said it had clear and robust procedures in place to deal with cases of academic misconduct that were reviewed regularly.

The then universities minister Jo Johnson announced a crackdown a year ago, but since then only a handful of the 24 Russell Group universities recorded details of contract cheating separately. Most have not updated their academic misconduct processes in the past year, although a number are reviewing them.

“Universities need to keep better records about the different types of academic misconduct students are engaging in. We still don’t have accurate numbers breaking down how many students are being caught copying from different sources and how many are contract cheating,” said Mr Lancaster.

Jo Grady, a senior lecturer in employment relations at Sheffield University, has seen people handing out cards this month. “Anecdotally, I have noticed more what appear to be bespoke essays and dissertations being submitted over the past few years. You can spot these because . . . they are normally quite generic and don’t address the key themes of the module,” she said.

Companies selling essays target universities at key times during stressful assessment periods, Ms Grady said. “They hope to hook students who are anxious and perhaps desperate, so they hand out business cards outside departmental buildings like vultures.”

Yinbo Yu, from the National Union of Students’ international students office, said: “With greater levels of debt and higher costs associated with study, students are now under heightened pressure from different directions. It is easy to see how the so-called ‘contract cheating’ websites can prey upon the vulnerabilities of students.”

Concern has been raised about essay-mill websites using aggressive marketing tactics to target students. This includes spamming them with emails about their services, and messages sent directly on social media sites such as Twitter.

The Advertising Standards Agency ruled earlier this year that essay-mill websites must warn students they face being punished by their universities for submitting fake work. The watchdog said the UK Essays website had been misleading customers by failing to make them aware of the risks associated with submitting purchased essays.

“Our guidance for universities and colleges, published last year, offers practical advice on detecting and addressing contract cheating – but it’s clear that there is more work to be done,” he said.

A Department for Education spokesperson said it took malpractice very seriously and had asked the QAA, Universities UK and the NUS to produce new guidance, which was published last October. – Guardian