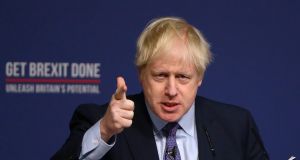 Boris Johnson likes to describe his administration as a new government, as if the clock was reset the day he walked into Downing Street in July. But the manifesto he launched on Sunday was patently that of a Conservative government seeking a fourth term after nine years in office.

There were no new ideas, few new announcements and the headline promise of 50,000 new nurses for the NHS turned out to be less impressive under close scrutiny. Some 12,000 will come from abroad, 14,000 will be new, undergraduate nurses and 5,000 will come from degree apprenticeships. But the biggest number – 19,000 – will not be new at all but existing nurses the government hopes to retain in their jobs with incentives.

The manifesto has little to say on housing and almost nothing on social care beyond a promise to work with other parties at Westminster to come up with a solution that ensures that nobody has to sell their home to pay for care when they are old.

Haunted by the catastrophe of Theresa May’s 2017 manifesto, which was so full of booby traps it almost cost them the election, the Conservatives have decided to play it safe this time. New polls over the weekend confirmed a big lead for the Tories over Labour, which has so far failed to impress voters with its own manifesto promises.

Johnson launched the manifesto in Telford, a west midlands seat Conservative Lucy Allan took from Labour in 2015 with a majority of 730, holding it two years ago with a majority of just 720. A lively group of protesters drawn from trade unions, Labour and the Greens were waiting at the conference centre to greet the prime minister with chants of “Tories out”.

But news of Johnson’s presence on board created a stir on the train from London and, when he got off at Wolverhampton, onlookers took out their phones to capture the moment, as if they had spotted a celebrity rather than a politician.

Confidence is running high around the prime minister, who would be back in Downing Street with a comfortable majority if the election were to be held today, according to the polls. But there are more than two weeks to go to December 12th, and with Leave voters uniting behind the Conservatives while the Remain vote is split between Labour and the Liberal Democrats, this may be as good as it gets for Johnson.

He will hope that the public’s appetite to get Brexit out of the way, and their distrust of Jeremy Corbyn, will be enough to distract them from the evidence in the Conservative manifesto that his government has run out of ideas.