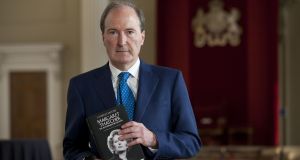 At their annual conference in Manchester this week, the Conservative Party promised to flood the National Health Service with cash, hire 20,000 new police officers and increase the national minimum wage to one of the highest in the world. It seemed like a far cry from the fiscal rectitude, free trade and privatisation agenda championed by Margaret Thatcher, who remains the party’s most successful peacetime leader.

Thatcher’s biographer Charles Moore believes she would have been in tune with some of the populism Boris Johnson has brought to the party, although she would not have approved of hiking the minimum wage.

And although there was a populist element to her political style, she did not share the common characteristic of many populists, a reluctance to take responsibility.

“She absolutely loved governing and she was very serious about government and what you actually do when you govern. And she loved deciding things rather than just mouthing off about them. So she greatly respected the law-making system, the rule of law and also the civil service,” he says.

Herself Alone (Allen Lane £35), the third volume of Moore’s authorised biography of Thatcher, is published this week, completing a 20-year project for the former editor of the Daily Telegraph, the Sunday Telegraph and the Spectator.

This volume covers her last term in office from 1987 and her life after retirement and one chapter is devoted to Thatcher’s campaign against the IRA and her relationship with Ireland, a country she viewed with some suspicion.

“Mrs Thatcher wasn’t anti-Irish on a personal level. But she always found it difficult to think about countries that in some way define themselves against Britain as being a good thing. She didn’t have that sort of educated person’s detachment about those sort of things,” Moore says.

“She thought if people had been killing British soldiers or whatever, you know I am against them. And she thought that Irish neutrality in the second World War was disgraceful. I don’t think she knew much about it and how it came about and what the issues were. But just as a basic feeling of, why weren’t they helping us against Hitler?”

Thatcher enjoyed Charles Haughey’s roguish personality but she did not trust him as she had Garret Fitzgerald, particularly after Haughey’s withdrawal of support for sanctions against Argentina during the Falklands War. But after months of tense exchanges in 1988, when she complained about Haughey’s lack of co-operation on security and he accused her of “bullyragging” Ireland, they met in the German city of Hanover for a frank discussion.

“I think you know she wouldn’t have wished to be bullyragging and she would have been a bit surprised that people thought that. Because she’d be thinking in her terms. She’d be saying ‘I’ve got to say what’s important about fighting the IRA’. And not thinking what it might feel like to a small country, proudly independent of Britain but also dependent on it. And I think Haughey managed to convey that to in a way that did give her a bit of pause,” Moore says.

Moore reveals in the book that Thatcher, who warmed before she left office to the idea of a referendum on Britain adopting the euro, later became a proto-Brexiteer.

“After she left office she continued to push this referendum idea in different iterations and she also came to the view privately that we should leave. But she was strongly advised by people close to her not to get into that one in public. She was always longing to do so but they were always sort of holding her down,” he says.

Thatcher met Johnson when he was a journalist and Moore says she liked the cut of his jib and that they shared a similar political outlook. He says Johnson shares some of her qualities, notably the kind of drive other successful leaders like Tony Blair also showed.

“Boris actually does have it but we just don’t know how on earth that’s going to go because things are so fantastically knife edge and he’s in the middle of a total crisis. He certainly does not have her attention to detail. I mean her unbelievable grasp of the brief is not Boris,” he says.

“In a funny way I think his Toryism is quite like hers, a sort of Merry England. He does have a strong instinct for liberty generally and he’s not an authoritarian. And he taps into some vague but real historical vista about what it is to be British and all of that. He likes the nation state and he doesn’t like bureaucracy. But nevertheless his character is about as different from hers as you can possibly imagine.”