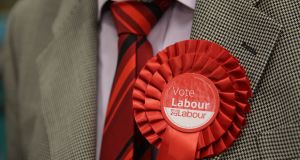 The UK Labour party has apologised “unreservedly” and paid out a six-figure sum to seven former employees and a veteran BBC journalist after admitting it defamed them in the aftermath of a Panorama investigation into its handling of antisemitism.

The settlement is believed to be an unprecedented case of a political party libelling a journalist and former employees.

Labour conceded it had made “defamatory” and “false allegations” against the litigants in the light of their interview with the Panorama programme Is Labour Antisemitic?, broadcast last July.

It agreed to “retract and withdraw” accusations that the whistleblowers were motivated by their opposition to the party’s former leader Jeremy Corbyn and had “political axes to grind” and its accusation that Mr Ware had conducted a “deliberate and malicious misrepresentations designed to mislead the public”.

In a four-page agreement statement made in relation to the former staff’s libel action read out in court 37 of the high court, it said: “The Labour party is here today to publicly set the record straight, and to apologise to the claimants for the distress and embarrassment that it has caused them.”

To Ware, it said in a three-page statement: “The defendant is here today to set the record straight and to apologise unreservedly to Mr Ware.”

Both statements disclosed that “substantial damages” were being paid out while at the same time pointedly referring to the Labour party being led by Corbyn at the time the libel occurred.

The apology was handed down after Corbyn and his former head of communications, Seumas Milne, sought legal advice over its wording. Allies of Mr Corbyn believe the case could have been successfully contested.

Louise Withers-Green, one of the whistleblowers who worked in the party’s complaints department, said the former employees had endured a torrent of abuse since the programme had aired.

“It feels like it is closing a chapter where the libel against us has been retracted, but this is only a first step for the party in beginning to tackle antisemitism,” she told the Guardian.

“I had never expected the party to welcome the Panorama programme with open arms. But I had been expecting them to take responsibility in the long-term for what was happening and truly want to take action. I never expected we would be called bad faith actors.”

She added: “I didn’t see, I still don’t see, that there was another option or another route to clear my name,” she said. Most important was the apology, she said.

“I think politically the apology means a significant amount. And I think, personally, it’s certainly a turning point.”

The comprehensive apology and retraction will be read in some quarters as an attempt by the new Labour leader, Keir Starmer, to draw a line under the episode in the party’s recent history.

In the programme, eight whistleblowers, seven of whom then sued the party, broke non-disclosure agreements to tell the BBC that they felt fatally undermined by senior Labour bosses in their attempts to tackle antisemitism, alleging consistent interference in complaints.

The party said it accepted that a statement put out ahead of the broadcast “contained defamatory and false allegations about the whistleblowers”, which was sent to national newspapers and broadcasters, as well as “Jeremy Corbyn-supporting blogs and websites including the Canary, Skwawkbox and Novara Media and many individuals on social media platforms”.

Labour admitted it had wrongly accused one of the whistleblowers of “making a false and malicious statement” and accusing them of acting in “bad faith” and working to harm the Labour party.

“The Labour party acknowledges that these claims about the claimants are untrue, and we retract and withdraw them and undertake not to repeat them,” the statement said.

Lawyer Mark Lewis, who represented Ware and the whistleblowers, said the case was “unprecedented”. Individual politicians had faced legal challenge by journalists they had libelled in the past, but “I cannot think of a case in which a political party was sued for libel”, he said.

“Labour chose to double down and attack the programme’s presenter, John Ware, and the whistleblowers rather than addressing the truth of the problem. It is ironic that the workers’ party chose to act as disgruntled bosses who had been caught out,” said Mr Lewis of Patron Law.

Mr Ware (72) took proceedings after being subjected to what he said was an avalanche of abuse and criticism by Corbyn supporters.

One year later, Labour admitted said it had wrongly accused him of having “invented quotes, flouted journalistic ethics and that, in pursuit of a predetermined outcome to the question asked by the Panorama programme [\AND]knowingly promoted falsehoods, including by misrepresentations of fact and, by fabricating facts”.

The party said it “unreservedly withdraws these allegations and is profoundly sorry for the distress caused by their publication and republication”. – Guardian