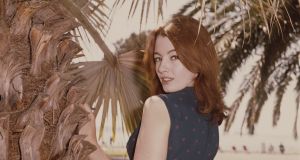 Christine Keeler, the former model at the centre of the Profumo affair, which shook British politics in the 1960s, has died at the age of 75, her family and a close friend have said.

Keeler, then a teenage model and showgirl, became famous for her role in the 1963 scandal that rocked the UK establishment when she had an affair with the Tory cabinet minister John Profumo and a Russian diplomat at the same time at the height of the cold war. Profumo was eventually forced to resign after lying to parliament about the affair.

Keeler’s son Seymour Platt (46) said she died on Monday at Princess Royal University Hospital in southeast London: “My mother passed away last night at about 11.30pm.” She had been ill for several months, and suffered from chronic obstructive pulmonary disease.

A new BBC series revisiting the scandal is due to start filming in 2018.

Keeler, who had been living under the name of Sloane for many years, was briefly married twice; both marriages ended in divorce. She had two sons, James from her first marriage and Seymour from her second, and a granddaughter.

Platt, who lives in Ireland, said he, his wife and their daughter had last seen his mother a week before her death. “There was a lot of good around Chris’s rather tragic life, because there was a family around her that loved her,” he said. “I think what happened to her back in the day was quite damaging.”

Born in Uxbridge, in west London, and raised by her mother and stepfather, Keeler was working as a cabaret dancer in Soho when she met Stephen Ward, an osteopath, artist and “man about town”. He introduced her to a party scene attended by aristocrats and VIPs, and through him, in 1961, she met both Profumo, then the 46-year-old secretary of state for war, and the Russian military attache Yevgeny Ivanov, having affairs with both men.

When the relationships came to light, in 1963, amid fears of a cold-war security leak, the scandal rocked Harold Macmillan’s government. Profumo told the House of Commons there was no “impropriety” in their relationship after being asked about it by opposition MPs who voiced concerns about national-security implications.

Eventually, after more newspaper stories emerged, he admitted lying to the house, and resigned from the cabinet and the Commons.

His fall from grace was deemed a contributory factor in the fall of the Macmillan government, with Labour winning under Harold Wilson in 1964. – Guardian