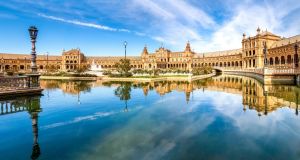 UK citizens will have to pay for visa-free travel in the European Union after Brexit, the European Commission has confirmed.

Britons will have to fork out a €7 (£6.28) fee under the EU Travel Information and Authorisation System (Etias) that is due to come into effect in 2021, a spokeswoman for Commission president Jean-Claude Juncker said.

The new electronic system, similar to the Esta required to visit the United States, means that travellers from Britain will be treated in the same way as those from the US and Australia if they wish to make just a short journey across the Channel.

“Simple form, like Esta to the US, but way cheaper.”

Brussels has already said it plans to waive full visa requirements for the UK even in the event of a no-deal Brexit.

Senior officials discussed in November whether UK citizens should be treated as “third country” nationals as part of its no-deal planning, which would require travellers to buy a €60 euro (£52) permit to cross the Channel.

But EC vice president Frans Timmermans said the council of commissioners had agreed change the rules — as long as the UK did the same for EU citizens after March.

Shadow arts minister Kevin Brennan said: “This will have a direct effect on British families, holidaymakers, and those travelling for work.

“The Government should listen to the tourism sector’s warnings and urgently reconsider this disastrous Brexit deal.”– PA