Liberal Democrats, SNP and Greens among parties to meet with Labour leader 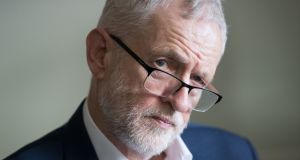 Opposition parties have agreed to meet next week to discuss plans to block a no-deal Brexit in Parliament.

On Wednesday, Jeremy Corbyn wrote to senior opposition leaders in Westminster and key Tory Remain-backing rebels calling for a meeting next Tuesday aimed at stopping Britain crashing out of the EU without a deal.

In his letter, the Labour leader said: “The country is heading into a constitutional and political storm, so it is vital that we meet urgently, before parliament returns.”

The Liberal Democrats, Scottish National Party (SNP), Change UK, Plaid Cymru and the Green Party have since agreed to attend the meeting.

Liberal Democrat leader Jo Swinson has said she will meet Mr Corbyn, despite saying last week that her party could not support a government of national unity with him at the helm.

In a tweet, she said: “I look forward to discussing how we can stop the disastrous consequences of no-deal and will be asking Jeremy Corbyn if he is open to all options to prevent it. We have to focus on plans that have a chance of success.”

The SNP’s Westminster leader, Ian Blackford, has also agreed to meet the Labour leader and other opposition MPs.

On Wednesday, Mr Blackford said: He said: “Boris Johnson is taking the UK towards a Brexit disaster. With time running out, it is now vital that MPs take every step necessary to stop Brexit and block a catastrophic no-deal.”

Plaid Cymru’s Commons leader, Liz Saville-Roberts, said she would meet Mr Corbyn, but added: “In this crisis, policy comes before personality. If Corbyn fails to offer workable plan, others must be given the opportunity.”

Former attorney general Dominic Grieve told the PA news agency he is willing to meet Mr Corbyn but is unavailable next Tuesday.

He added: “I have already indicated I am happy to meet with him to discuss stopping no-deal Brexit. But I can’t make the suggested meeting next Tuesday.”

The former Tory minister, who quit the party in April over its approach to Brexit, warned Mr Corbyn not to pursue a vote of no confidence in the Government which could lead to a general election before legislation had been passed to mandate the prime minister to request an extension to article 50.

Mr Boles was one of the MPs who co-ordinated efforts to block a no-deal Brexit on March 29th.

He said: “I therefore urge you and the leaders of the other opposition parties to focus on legislative measures to stop no-deal Brexit on October 31st.

“This will necessarily involve doing what we did earlier this year: seizing control of the order paper and passing an Act of Parliament that compels the prime minister to secure the agreement of the EU Council to a further extension to article 50.

“I am confident that, with goodwill and genuine cross-party co-operation, we can do this again.”

Writing to the Labour leader, Mr Boles said he would not be able to support “any government in which you were prime minister” and said “several” other opposition MPs had said the same.

Dame Caroline Spelman’s office told PA that she will not be attending Mr Corbyn’s meeting.

Former Tory ministers Sir Oliver Letwin and Guto Bebb also received an invitation from the Labour leader. PA has contacted these MPs but has yet to receive a response.

The meeting is scheduled to take place on August 27th. – PA