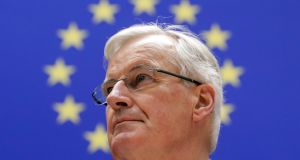 As the two sides prepare to start talks on their future relationship next Monday, Britain’s negotiating mandate is at odds with the European Union’s on a number of key issues.

1. The nature of the agreement

The EU envisages a partnership agreement with Britain covering everything from trade to security co-operation and foreign policy. But Britain wants to negotiate a standalone free trade agreement, with separate agreements on other areas of co-operation. And Britain rules out any role for the European Court of Justice in policing the new deal.

The EU believes the size of the economic relationship and Britain’s proximity to the continent mean that a free trade agreement must involve special safeguards to ensure fair competition. Britain disagrees, citing the EU’s trade deals with Canada and South Korea as models for the kind of agreement it is seeking. Britain accepts that, because it is leaving the single market and the customs union, any new arrangement will mean greater friction at its borders with the EU.

Britain wants both sides to make “reciprocal commitments” not to lower standards in an effort to gain a competitive advantage in trade. But it rejects the EU’s demand that EU standards, which are also currently British standards, should be the “reference point” for a future agreement.

The EU wants Britain to agree to “dynamic alignment” on state aid, adopting future EU rules as well as current ones on state subsidies to business. Britain wants to be free to devise its own state aid regime, which should not be subject to a joint dispute resolution mechanism with the EU.

The EU wants to maintain the current level of access for its fishermen to British waters, on the basis of multiannual agreements. Britain insists that it must be in full control of who fishes in its waters and that access for EU fishermen must be subject to annual negotiations.

While Britain wants looser arrangements than the EU on many issues, in the case of financial services it is calling for legally binding obligations on market access. The EU, which is overwhelmingly an importer of financial services from Britain, says the most it could offer is “equivalence” – a right to operate in the EU market that can be withdrawn unilaterally with a few months’ notice.

1 Shops, hairdressers and hotels expected to reopen next week
2 Stir-crazy Dutch holidaymakers set to descend on Caribbean island
3 Miriam Lord: Unity and common purpose in spades but not for Covid fight
4 Joe Biden does not want to see guarded Border in Ireland after Brexit
5 Covid-19: Museums, cinemas set to reopen next week as Varadkar warns of New Year restrictions
Real news has value SUBSCRIBE