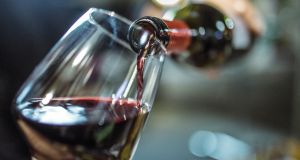 The woman took a sip from a glass, which left an unpleasant taste, and the intake was enough to give her a fatal dose of MDMA. Photograph: iStock

Belgian prosecutors have issued an alert after a woman died after taking a sip of wine from a bottle suspected of being used to transport the drug MDMA.

The 41-year-old collapsed shortly after opening the French red to enjoy with a colleague after work. She took a sip from a glass, which left an unpleasant taste, and the intake was enough to give her a fatal dose of MDMA, the active ingredient in ecstasy pills.

The unnamed woman, from the Flemish town of Puurs, near Antwerp, died five days later in hospital.

Her sister told Het Nieuwsblad: “[SHE] was 100 per cent against drugs. She was completely unacceptable with people who used drugs or walked around under the influence. We also do not understand where that bottle came from. She only drank one sip.”

Prosecutors in Antwerp confirmed there was no link between the woman and drug use and said there was evidence of tampering with the bottle’s cork. The wine was a red merlot cabernet sauvignon 2016 from the Dutch brand Black & Bianco.

Drug traffickers have been known to use full wine bottles to conceal the presence of drugs during their transportation. The Antwerp public prosecutor said it was aware of only one tampered bottle but an alert had been put out advising drinkers to be aware of the risk and to bring any suspicious wine to the attention of the police.

“The original bottle has a black cork with the Black & Bianco logo,” the prosector said. “The bottle found had a different cork.”

Black & Bianco said on its website that it was shocked and upset by the incident. The owner of the company told the Dutch broadcaster Omroep Brabant there was no reason to think more bottles had been manipulated.–Guardian