Over €4bn estimated sent to Europe, US from 70 Russian-operated offshore companies 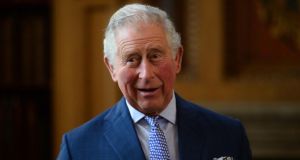 The Prince of Wales is seen during his visit to Lambeth Palace, London on Febraury 21st. Photo: Kirsty O’Connor/PA Wire

A charity run by Prince Charles received donations from an offshore company that was used to funnel vast amounts of cash from Russia in a scheme that is under investigation by prosecutors.

The Guardian reported on Monday, money flowing through the network included cash that can be linked to some of the most notorious frauds committed during Vladimir Putin’s presidency.

In all, it is estimated that $4.6 billion (€4.06 billion) was sent to Europe and the US from a Russian-operated network of 70 offshore companies with accounts in Lithuania.

The details have emerged from 1.3 million banking transactions obtained by the Organized Crime and Corruption Reporting Project and the Lithuanian website 15min.lt.

Shared with media partners including the Guardian, the data represents one of the largest ever banking leaks.

There is no suggestion that end recipients of funds were aware of the original source of the money, which arrived via a disguised route.

However, the documents indicate that criminal and legitimate money may have been mixed together, making it impossible to trace the original source, before passing through screen companies into the global banking system.

“This is the pipe through which the proceeds of kleptocracy flow from Russia to the west,” said the anti-corruption campaigner Bill Browder.

For years, Mr Browder has been trying to trace what happened to $230 million stolen from the Moscow tax office by a gang that took control of subsidiaries of his investment fund, Hermitage Capital.

Evidence from the leak suggests some of the proceeds moved through this network.

The findings will be likely to add to concerns expressed by UK ministers who have vowed to crack down on those facilitating the transfer of fortunes out of Russia by elites seeking to spend their money in the west.

Ministers have demanded better due diligence by British institutions before accepting money from offshore companies.

The leak focuses on Troika Dialog, a leading Russian investment bank now merged with the country’s biggest high street bank. Emails reveal how certain managers at Troika kept money flowing through the pipeline for more than eight years, starting in 2004.

Troika’s overall boss at the time was Ruben Vardanyan, an Armenian financier with close ties to Putin, a host of international celebrities and members of the British royal family. Two years ago he was listed as the 99th richest Russian by Forbes magazine.

There is no suggestion Mr Vardanyan did anything illegal, though he may have been an unwitting beneficiary of the flow of money.

Mr Vardanyan said he believed the bank knew its clients and “applied regulations and compliance procedures that met the requirements of the legislation of that time”. And he insisted he was unaware that Troika companies received funds relating to any frauds.

However, the data, which is being examined by government prosecutors in Lithuania, raises questions about the light-touch scrutiny of payments organised by the bank.

The files highlight how money flowed through the network in a way that kept the sources of funds unclear.

They reveal a number of intriguing transactions, including how staff at Troika apparently helped organise the transfer of $70 million (€61.8 million) to one of Mr Putin’s best friends, Sergei Roldugin.

A cellist who is godfather to Mr Putin’s eldest child, Mr Roldugin was unmasked by the Panama Papers as the potential beneficiary of money suspected of being held on behalf of the Russian president.

The sums revealed by this leak are higher than previously uncovered.

Mr Vardanyan admitted he had heard of Mr Roldugin, but said: “I haven’t done any business with him personally. Why did he receive money from Troika Dialog companies? I don’t know anything about that.”

The money went towards the rescue of Dumfries House, a stately home in Ayrshire, Scotland with a priceless collection of Chippendale furniture. In 2007, the mansion and its collection were set to be auctioned off to private buyers. Charles came to the rescue, raising £45 million (€39.7 million) at breakneck speed to save the property for the nation.

But the venture left his foundation in debt, and in his efforts to plug the hole, the heir to the throne went on a fundraising drive. Vardanyan raised a further £1.5 million (€1.3 million) , from a group of Russian businessmen, and the prince thanked them with a black-tie dinner in 2014.

The files show funds from Quantus also covered the €2 million cost of flying the late rock star Prince to Moscow for a Troika corporate gala in 2007.

A further €20,000 was spent on Mr Vardanyan’s attendance at the world leaders’ conference at Davos.

It is understood he was never involved in its operations or management, did not personally oversee transactions or client accounts, and had no day-to-day involvement in its activities.

However, he did not deny benefiting from funds held there.

The data suggests many of the Troika-managed companies, including Quantus, were not created for particular clients, but contained pooled funds. Money entered from multiple legitimate sources and was then used to fund the lifestyle spending of dozens of individuals.

The leak ties some of the funds passing through the Laundromat companies to three major frauds, the most notorious of which was the Magnitsky scandal.

Sergei Magnitsky was a lawyer working for Mr Browder who died in a Moscow prison after discovering the head of the city’s tax office had conspired to issue fraudulent tax refunds.

Hub companies in the Troika structure received a combined $130 million (€114 million) from six shell vehicles, which prosecutors say were used in the Magnitsky fraud, the data indicates.

Two more cases suggest criminal funds flowed through the network: Companies named in the prosecution of a fuel price fixing scam at Moscow’s state-owned Sheremetyevo airport appear to have paid $37 million (€32 million) into the Troika network.

A key component of the scheme using Troika companies was a Lithuanian bank, Ukio, which was shut down by regulators in February 2013 after being declared insolvent.

The bank is under investigation by Lithuanian prosecutors tasked with investigating the laundering of the Magnitsky money. Ukio accounts were also named by the US Department of Justice in documents tracing the Magnitsky proceeds.

Documents show money moved in and out of the bank in deals made by apparently fictitious businesses, tax haven-registered entities with no offices, no staff, and no presence online or in the world of commerce.

“You have to ask yourself, why is money being moved in this way, through multiple companies?” said Tom Keatinge, a money laundering expert at the Royal United Services Institute thinktank. “It’s a way of obfuscating source and ownership.”

There appear to have been a number of others unwittingly caught up in the network. Troika-linked entities were used to pay for expenses that open a window into the world of the super-rich.

An invoice for the Quinta, whose rooms were perfumed with scent made from wine produced at the family’s Italian vineyard, itemises €6,000 on electric sliding doors for the bathrooms, €60,000 for installing a hamam (Turkish bath), and €15,000 on “water toys”.

Troika Laundromat companies loaned just under €15 million to the mother-in-law of the then governor of Samara, an administrative region east of Moscow.

The woman was at the time 80-years-old and had no apparent means of repaying the loan, which appeared to be unsecured. Data suggests the money was used to buy land and build a holiday home in Spain, just north of Barcelona.

The club said the purchase was arm’s length, at full market value, and that it complies with all relevant legislation in dealings with clients.

Had the showroom Googled their client, they would have found articles describing him as a former agent of the Russian security service, the FSB.

“It’s deeply concerning to us, and we take this situation extremely seriously,” the dealership said in a statement. They added the sale took place under a different owner, that new management had introduced “exacting” standards and that an investigation was under way.

A Quantus-funded offshore firm called Flashback Services Limited spent heavily on private jets. It paid more than $42 million (€37.1 million) to the Canadian manufacturer Bombardier, and millions more to cover the crewing and maintenance of two jets listed on the UK aircraft registry, and operated from Farnborough airfield.

Bombardier said it had a robust due diligence process, and that its checks on Flashback “did not reveal any anomalies”.

Mr Vardanyan sold Troika in 2012 to the giant Russian state-controlled Sberbank, for a reported $1billion (€883 million).

But he remains in the business – he is the controlling shareholder in Armenia’s Ameriabank, and his partner there is the European Bank for Reconstruction and Development, which holds 18 per cent of the shares.

Headquartered in London, the EBRD is owned by nation states including the UK and the US.

Mr Vardanyan describes himself as a philanthropist and social entrepreneur who has made a commitment to invest the vast majority of his wealth in charitable endeavours.

It is understood Troika Dialog was never fined by any regulatory body or law enforcement agency and at all times observed international standards of transparency and compliance. – Guardian News and Media 2019