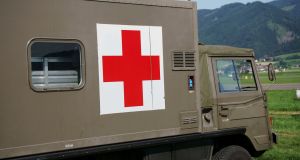 The Swiss-based charity, which was set up in 1863 to help victims of war. Photograph: iStock

More than 20 workers at the International Committee of the Red Cross were sacked or quit their roles following cases of sexual misconduct.

The charity said it was “deeply saddened” to report the figures and admitted it should have been “more vigilant” in preventing the behaviour.

It found that, since 2015, 21 staff members were either dismissed for paying for sexual services or resigned during an internal inquiry.

A further two staff workers suspected of sexual misconduct did not have their contracts renewed.

The Swiss-based charity, which was set up in 1863 to help victims of war, said its decentralised structure means it is “difficult to accurately compile overall figures”.

It is the latest organisation to admit to misconduct among its workers following the outcry sparked by the Oxfam sex scandal.

In a statement to staff, ICRC director-general Yves Daccord said: “I have instructed my teams to scour the data we do have on sexual misconduct, and I can tell you that since 2015 we’ve identified 21 staff members who were either dismissed for paying for sexual services or resigned during an internal enquiry.

“Another two staff members suspected of sexual misconduct did not have their contracts renewed. I am deeply saddened to report these numbers.

“This behaviour is a betrayal of the people and the communities we are there to serve. It is against human dignity and we should have been more vigilant in preventing this.

“The ICRC has more than 17,000 staff members worldwide. We are concerned that incidents that should be reported have not yet been reported, or were reported but not properly handled. We are taking action to address this.”–PA