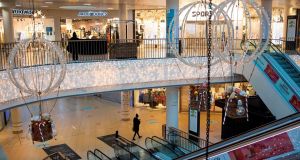 Denmark, one of the star performers in Europe’s first wave of Covid-19, is having a chastening November and December.

First came the botched cull of its 17 million mink, which continues to have political, legal, economic and environmental repercussions. Then this week Danish prime minister Mette Frederiksen ordered a second national lockdown from Christmas Day as cases of coronavirus continue to spiral.

“I think we became overconfident,” said Soren Riis Paludan, professor in the department of biomedicine at Aarhus University. “We thought we could manage it the Danish way. The Danish mentality is: when there’s a storm around the world it’s a slight wind in Denmark. We thought we had the magic formula in place.”

Denmark’s path mirrors that of its southern neighbour Germany: decisive action in the first wave brought plaudits for it and Frederiksen, who carved out a reputation for taking bold decisions as one of the first European leaders to close borders and schools in March.

In this autumn’s second wave, the Social Democrat prime minister tried to find more of a balance, imposing restrictions in some areas but keeping schools and businesses open.

Then came the mink scandal. Frederiksen again tried to project a tough image, saying at the start of November that all mink needed to be killed over fears that they carried a coronavirus mutation, and that there would be no debate about it.

But the cull has descended into farce. The government was forced to admit that the killing was unlawful; thousands of dead mink were lost from lorries on to Danish roads; after millions of the creatures were buried, they first started to resurface bloated by gases and then it transpired the graves were too close to drinking water supplies, potentially contaminating them.

“The mink case is a serious problem for her. It may be that it will follow her for the rest of her political career,” said Tim Knudsen, professor emeritus of political science at Copenhagen University. He added that Frederiksen could still face an impeachment court over the affair, and that the scandal had reintroduced party politics into the Covid-19 response, ending a long period of consensus. Parliament has already ordered an independent investigation.

Paludan said the mink scandal had overshadowed the second wave for most of November with perhaps disastrous consequences. The number of Covid-19 cases per capita in the country has tripled in the past month and is catching up with that of Sweden, even if Denmark has far fewer positive tests than its neighbour.

Now it is serious. “The winter months may well be the most difficult,” Frederiksen said on Wednesday. Shopping centres closed on Thursday, all children still at school will be sent home from Monday, while all shops except those selling food or medicine will close from Christmas Day. The national lockdown will last until early January.

Strains are starting to show in the healthcare system. Hospitals in Copenhagen are postponing all non-urgent operations to free up capacity.

Paludan said Denmark was now in a difficult position and it was unclear whether such a relatively short lockdown would be sufficient to reduce the infection rate enough that it would not sharply rise once restrictions were lifted. “Once the ball rolls, it spreads so fast,” he added.

What is unclear at present is what impact it will have on Frederiksen and her minority government. Knudsen, who has just written a book on prime ministers, said the way she had centralised power inside the government meant she might be the most powerful leader Denmark has ever had.

“She wants to be identified with all the successes. When something goes wrong it’s difficult to find scapegoats. The most likely outcome might be more political conflicts. She risks being in the middle of a minor storm if another thing goes wrong,” he said.

So far, only agriculture minister Mogens Jensen has lost his job because of the mink scandal. But the Danish press continues to uncover details about who inside the government knew what and when.

But Paludan argued that the centre-right opposition was in an awkward position. It criticised Frederiksen all autumn for imposing too many restrictions. The prime minister has conceded that mistakes were made on mink but that the threat of Covid-19 was real and demanded action.

For now, opinion polls have shifted relatively little, reflecting the weak state of the opposition. Should the second wave worsen after Christmas, however, more awkward questions might be raised as to why Denmark is moving away from neighbouring Finland and Norway, which have experienced far milder second waves, and towards Sweden.

“In the first wave, it was very much, ‘we are doing so well’, and ‘look at what is happening in Sweden’,” Paludan said. “Now we don’t do that much.” – Copyright The Financial Times Limited 2020