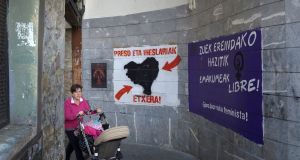 Spanish police and civil guards have frequently had convictions for torturing terrorism suspects wiped from their records, allowing them to rise through the ranks of the security forces, according to reports.

In a series of articles published over recent days, Basque newspaper Gara details the careers of a number of top-ranking civil guards and police who were supposedly sanctioned in the 1980s and 1990s for torturing suspected members of terrorist group Eta, but who then went on to be promoted to the top of those forces.

Gara reports that these agents, “after being sentenced for torturing Basque citizens, benefitted from pardons and continued their careers until they reached positions of major responsibility”.

It cites the case of the civil guard José María de las Cuevas, who in 1997 received a four-year prison sentence, and a six-year suspension from service, for mistreating detainee Kepa Urra five years earlier. However, a year later the jail sentence was cut to 12 months, which were never served because minister of justice Margarita Mariscal de Gante pardoned De las Cuevas and the two other men sentenced with him.

Gara reports that since then he has been regularly promoted and has even given presentations on treatment of detainees. In 2001, De las Cuevas hosted a delegation of the European Committee for the Prevention of Torture (CPT) during its visit to Spain.

Manuel Ángel Sánchez Corbi, who was sentenced – and pardoned – alongside De las Cuevas, subsequently rose to his current post of commander of the Civil Guard’s Central Operative Unit (UCO), one of the force’s top-ranking positions. In 2015, the French government awarded him the prestigious Légion d’honneur.

Many other current and former members of Spain’s security forces are named as having their sentences for torture apparently wiped from their records, allowing them to enjoy successful, and often outstanding, careers.

The Irish Times received no response when it contacted the Civil Guard about the content of the Gara articles.

Eta, which killed over 800 people during a four-decade campaign of violence for an independent Basque state, has frequently claimed that Spanish security forces systematically tortured detainees.

The Spanish state has consistently rejected such accusations.

However, last year, a study commissioned by the nationalist Basque government identified 4,009 individuals who had been tortured in the northern region between 1960 and 2013. Of those cases, 30 police and civil guards had been sanctioned. The authors of the report found that the number of torture cases dropped sharply after 2004 and that there were none after 2014.

In March, Amnesty International called on the Spanish authorities to investigate human rights abuses by both Eta and the security forces in the Basque Country. The organisation says that torture cases perpetrated there by the latter had been particularly poorly probed.

Eta formally ended its use of violence in 2011 and has not carried out a planned murder since 2009. Although it has still not disbanded, on Saturday it is expected to carry out a disarmament ceremony near the French town of Bayonne.