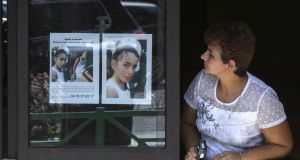 A man in custody has confessed to “unintentionally” killing a nine-year-old girl whose disappearance from a wedding party in the Alps prompted nationwide concern, French authorities said.

The prosecutor said chief suspect Nordahl Lelandais told investigators on Wednesday that he killed her accidentally, hid the body and then returned to the wedding party before eventually dumping the body in the ravine.

Lelandais had also been a guest at the wedding in Pont-de-Beauvoisin, near the mountain city of Chambery.

The prosecutor said Lelandais did not explain the circumstances of the girl’s death. A former army dog handler, Lelandais had already been charged in her disappearance.– PA