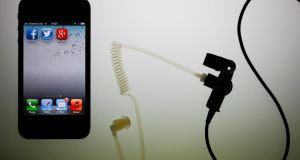 The Netherlands has become the first European country to set up an independent inquiry into the extent to which its security services may have been involved in mass data mining carried out by the US using the Prism spy programme.

In an unusual alliance, MPs from the two coalition parties, the Liberals and Labour, joined opposition colleagues to sidestep the government and vote in favour of an investigation by experts from the intelligence and security services supervisory committee.

The MPs said they were insisting on an independent inquiry because they believed government ministers would be constrained by the security services’ demands for confidentiality – and would not be able to get the answers they were seeking.

Parliament’s tough response comes following allegations from a former employee of the domestic intelligence service, AIVD, that both it and its military equivalent, MIVD, routinely received intelligence from the US National Security Agency (NSA), much of it gathered using Prism.

Mining emails
The source, who worked with the AIVD department that monitors suspected Islamic extremists, said that as well as mining emails and social media postings, the NSA passed on information extracted from video conferencing, voice chats, stored data, photos and even computer log-in times.

Many MPs were angered last week by Dutch home affairs minister Ronald Plasterk, who said that while the security services did not use Prism to tap into internet traffic, they did exchange information with other services – which might at times include intelligence gathered using Prism.

“I want to get to the truth and ensure that this issue is debated in the open, but I am concerned that the cabinet will hide behind the AIVD and their duty of confidentiality,” said centre-left D66 MP Gerard Schouw, who tabled the motion that led to the inquiry.

Mr Schouw said he wanted the supervisory committee inquiry to look at whether the private data of Dutch citizens was compromised – and whether the law had been broken. He noted that large-scale data mining was illegal in the Netherlands.