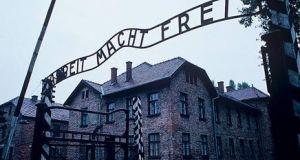 Israeli leaders have reacted furiously to a planned Polish law that would make it illegal to suggest that Poland bore responsibility for the crimes committed on its land by Nazi Germany during the second World War.

Poland’s lower house on Friday voted through a series of changes that would make it a crime punishable with up to three years in jail to accuse the Polish nation or state “publicly and against the facts” of being “responsible or complicit in” Nazi crimes.

The move is the latest step in Poland’s long-running battle against the use of phrases such as “Polish death camps” to describe Nazi concentration camps such as Auschwitz, which, although located on Polish soil, were built and operated by the Nazis in the years after Germany’s invasion and occupation of Poland in 1939.

However, the proposed changes – which must still be approved by Poland’s upper house and president – have provoked outrage in Israel, with prime minister Benjamin Netanyahu describing the law as “baseless”.

“One cannot change history and the Holocaust cannot be denied. I have instructed the Israeli ambassador to Poland to meet with the Polish prime minister this evening and express to him my strong position against the law.”

In a sign of the sensitivities surrounding the topic, Yair Lapid, the son of a Holocaust survivor and head of the centrist Yesh Atid party, became embroiled in a heated row on Twitter with the Polish embassy in Israel after he tweeted that the law “tries to deny Polish complicity in the Holocaust”.

The Polish embassy in Israel responded that his claims were “unsupportable” and showed “how badly Holocaust education is needed, even here in Israel”.

Patryk Jaki, Poland’s deputy justice minister, who proposed the legislation, said that the bill was not “against Israel”, but aimed to “properly point out the perpetrators”. The reaction in Israel was “proof of how necessary this project is”, he added.

Mateusz Morawiecki, Poland’s prime minister, said Poland and Israel had agreed in 2016 to oppose any attempts to distort Jewish or Polish history, either by downplaying the suffering of Jews during the Holocaust or by using “erroneous terms such as ‘Polish death camps’.”

“Auschwitz-Birkenau is not a Polish name, and arbeit macht frei is not a Polish phrase,” he tweeted, referring to the slogan “work sets you free” on the concentration camp’s entrance.

The Yad Vashem Holocaust memorial in Jerusalem said that while there was “no doubt” that the phrase “Polish death camps” was a “historical misrepresentation”, the centre opposed the planned legislation as it was “liable to blur the historical truths regarding the assistance the Germans received from the Polish population during the Holocaust”.

“Restrictions on statements by scholars and others regarding the Polish people’s direct or indirect complicity with the crimes committed on their land during the Holocaust are a serious distortion,” it said in a statement.

Poland’s foreign ministry said the provisions of the new act would not “limit freedom of research, discussions on history or artistic activity”.

“The amended act provides for a penalty in precisely defined situations for the purpose of preventing intentional defamation of Poland. The final determination of a specific case will rest with the court,” it said. – FT service