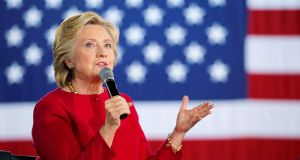 US presidential candidate Hillary Clinton: The Democrat has increased her lead in several polls since first debate. Photograph: REUTERS/Brian Snyder

The tough week that the billionaire endured, following the first presidential debate, was reflected in the polls as Mr Trump compounded his problems by escalating his dispute with former Miss Universe Alicia Machado in follow-up remarks and a pre-dawn “tweetstorm” on Friday.

Mrs Clinton has increased her lead in several polls conducted since the September 26th debate.

A New York Times/CBS poll, published on Monday evening, gave Mrs Clinton 45 per cent to 41 per cent for Mr Trump when Libertarian nominee Gary Johnson and the Green Party’s Jill Stein are included, compared with a tie between the two main candidates before the debate.

The latest NBC News/Survey Monkey weekly tracking poll gave the Democratic nominee a 46 per cent to 40 per cent lead over the Republican, showing the race unchanged in a week. 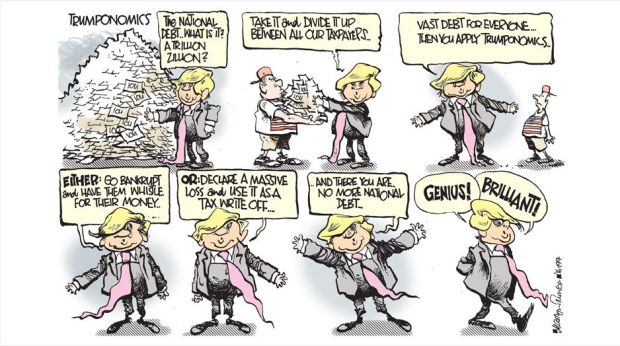 A post-debate Fox News poll gave Mrs Clinton a three-point national advantage, while the latest CNN/ORC poll showed her five points ahead of her Republican opponent.

Mrs Clinton’s gains have come among white voters in Pennsylvania, a key target for Mr Trump but a state that has not voted for a Republican since 1988.

“Clinton has been blanketing the Pennsylvania airwaves with ads that highlight Trump’s controversial statements, particularly about women. They appear to have had an impact,” said Patrick Murray, director of Monmouth University’s polling institute.

Mr Trump remains on the defensive. On Monday night, at a rally in Pueblo, Colorado, he attempted to cast the New York Times report revealing that he might be using a $916 million loss in his 1995 tax return to avoid income taxes for almost two decades in his favour.

The businessman, who has refused to release his tax returns, admitted to supporters that he had been a “big beneficiary” of the US tax system and that he had “brilliantly used” it to his advantage.

“I was able to use the tax laws of this country and my business acumen to dig out of the real estate mess . . . when few others were able to do what I did,” he said.