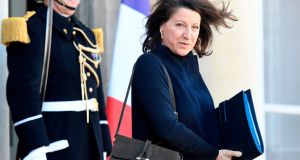 A French gynaecologists’ union has threatened to stop carrying out abortions in an attempt to force France’s minister for health to meet disgruntled doctors.

The Syngof union wrote to its 1,600 members telling them to be prepared to stop carrying out terminations to “make ourselves heard” and force the government’s hand.

Syngof, which represents about one-quarter of France’s gynaecologists and obstetricians, published the letter as part of a protest over what it claims is a lack of insurance funds for colleagues convicted of medical errors.

Minister for health Agnès Buzyn and feminist organisations said the threat was “unacceptable” and amounted to “taking women hostage”.

In a statement, Ms Buzyn wrote: “In no case should taking women hostage in this way be used as a lever for negotiations or for media coverage of an issue the department is following very closely.”

She said the threat went against the “unconditional respect for the right to abortion guaranteed in our country” and that she regretted the “distorted image” such statements gave of French gynaecologists and obstetricians, “from a union that is supposed to represent them”.

In the letter sent this week, gynaecologists were urged to “be ready to stop carrying out terminations to make ourselves heard”.

The French Order of Doctors condemned the threat, which it declared “totally contrary to medical ethics”.

“Everywhere in the world, women’s rights are threatened, sometimes by governments, sometimes by interest groups, non-governmental organisations, unions . . . the mere existence of these threats is shameful,” Ms Schiappa said.

The joint president of the Family Planning Association, Caroline Rebhi, said it was a “backwards step . . . but not entirely a surprise”. She said Syngof had a habit of “going too far in this way”.

“This new incident shows us that even if the right to abortion is written in the law, it cannot yet be taken for granted,” Ms Rebhi said. – Guardian