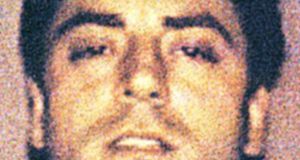 Francesco Cali, the reputed boss of the Gambino crime family, was fatally shot outside his Staten Island home in New York on Wednesday night, a senior police official said.

Cali (53) was shot six times, the official said. The police said they received a report about the shooting in the Todt Hill section of Staten Island at about 9.20pm. There was also a report of a blue pick-up truck leaving the scene around that time.

Cali was pronounced dead at Staten Island University Hospital. A 58-year-old neighbour who gave only his first name, Salvatore, said that he heard a burst of gunshots shortly after 9pm. “I just heard the pow-pow-pow-pow-pow,” he said.

He said he rushed to his window but could not see anything. He said the shots were all the same volume, as if fired from the same gun. Two other neighbours who declined to give their names corroborated Salvatore’s descriptions.

The Gambino family was once America’s largest and most influential organised crime group, but several of its leaders were convicted in the 1990s of crimes that included murder and racketeering. The family was led at the time by the showy crime boss John J Gotti, who frequented expensive restaurants and nightclubs with a crew of bodyguards. He took power in the family by arranging for the murder of his predecessor, Paul Castellano, in 1985, in front of the Sparks Steak House in Manhattan.

Gotti was convicted of racketeering and murder in 1992 and died of cancer in prison in 2002, at the age of 61. In 2013 his son, former Gambino boss John A Gotti, was stabbed in the stomach in Syosset, New York. He survived.

Cali’s assassination came on the same day that Joseph Cammarano jnr, the reputed acting boss of the Bonanno crime family, was acquitted at trial, and about a week after Carmine Persico, a long-time boss of the Colombo crime family, died in prison at age 85.

While it has been decades since a mafia boss was killed in New York, lower-level members have been attacked or killed in recent years. In October, Sylvester Zottola (71), a reputed associate of the Bonanno crime family, was shot and killed as he waited in his SUV to pick up an order at the drive-through window of a McDonald’s in the Bronx.

Just three months earlier, Zottola’s son, Salvatore Zottola, was ambushed by a gunman and left for dead on a leafy street outside his family’s Bronx compound. He survived. The Todt Hill neighbourhood is known for its mafia history. Castellano, who was the last Gambino boss to be assassinated, owned a home on Benedict Road. A home on nearby Longfellow Road served as the filming location of the Corleone compound in The Godfather.

Since the 1990s, the fortunes of the city’s five traditional mafia clans have been on the decline. Federal and state authorities increased their focus on the mob’s control of certain industries and unions beginning in the 1980s and improved their use of racketeering laws to loosen the mafia’s control. And since eight mob leaders were convicted in 1986 in a federal racketeering trial of operating a commission that ruled the mafia in the United States, mafia leaders have avoided the spotlight in fear of coming to the attention of federal and state prosecutors.

By early Thursday on Staten Island, the police had strung yellow tape across the street leading to Cali’s home, a large red-brick, two-storey colonial-style house whose front door stood open. Prashant Ranyal (39), who lives in the neighbourhood, said he was shaken by the killing.

“Whenever you see nice areas you feel like it’s peaceful,” he added. “When something like this happens you definitely have a second thought about it.”

Salvatore, the other neighbour, said he had lived in his house for 12 years and did not know any of his neighbours, which struck him as unusual. “Nobody talks to nobody around here; it’s crazy,” he said. “People kind of keep to themselves. They like their privacy.”

He described the street where the shooting happened as quiet and full of old homes. “Dead street,” he said. “Dead quiet all the time.” – New York Times

1 One hundred Irish retailers for all your online Christmas shopping
2 Des Bishop apologises to Traveller community for comments in interview
3 Gym owner plans to defy restrictions and open
4 Parents not yet found for 545 children separated at US-Mexico border
5 US election: Trump voters are energised in North Carolina but the state is on a knife-edge
Real news has value SUBSCRIBE