The Catalan president, Carles Puigdemont, has confirmed that the suspected Barcelona attacker Younes Abouyaaqoub has been shot dead. Video: Reuters 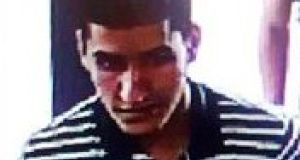 Barcelonans and tourists on Las Ramblas cheered and clapped yesterday as the news spread that Catalan police had shot dead the man suspected of mowing down and killing 13 people on the street last week.

Catalan police said yesterday evening that they are confident all 12 members of the terrorist cell responsible for Thursday’s attacks are dead or in custody.

“The 12 initial targets regarding the attacks are dead or detained but that does not mean that the investigation is over. We keep working,” a spokesman for the regional police force said.

The driver of the van, Younes Abouyaaqoub (22), had been on the run since the attack until yesterday afternoon, when he was shot dead by police beside a vineyard.

Six members of the cell have been shot dead by police and another four are in custody. Two members are believed to have been killed in an explosion on Wednesday while attempting to manufacture explosives.

Police believe the explosives were destined for a much larger attack on public infrastructure. Some sources suggested Barcelona’s Sagrada Família church was an intended target.

After the van attack on Las Ramblas, Abouyaaqoub abandoned his vehicle and fled on foot. He was picked up on CCTV walking through the nearby La Boqueria market.

Police believe he then made his way to the university district before hijacking a car and stabbing and killing the driver.

He then drove through a police checkpoint before abandoning the car with the driver’s body still inside.

As the manhunt continued over the weekend, his mother, Hannou Ghanimi, appealed for her son to give himself up, saying she would rather see him in prison than end up dead.

Police yesterday circulated a photographs of Abouyaaqoub and asked for the public’s assistance. Less than three hours later, police were alerted to a man fitting his description near a vineyard in the Subirats area, about an hour west of Barcelona.

Dozens of heavily armed police, who were already conducting a manhunt in the area, rushed to the scene with a bomb disposal unit.

When police confronted Abouyaaqoub, he was wearing what looked like an explosive vest.

Witnesses said he shouted “Allahu akbar” (“God is greatest”) before being shot down from about 15m away.

Police used a bomb disposal robot to examine the body before determining the suicide vest was a fake, similar to the ones worn by five attackers in Cambrils, hours after the van attack, when a car rammed into passersby and its occupants got out and tried to stab people. The assailants were shot dead by police.

The official death toll now stands at 15, including the man who was stabbed during Abouyaaqoub’s escape and the woman run over by the attackers in Cambrils. Yesterday it was announced that one of the victims of the main van attack was a seven-year-old British-Australian boy.

An Irish family of four were also caught up in the attack. Norman and Pearly Potot and their two children were shopping for souvenirs on Las Ramblas when Norman was sideswiped by the van.

He suffered a haemorrhage to a kidney and a head injury, while his five-year-old son suffered a broken leg in the ensuing stampede. His daughter Nailah suffered a fractured arm while his wife, Pearly Fernandez Potot, escaped with minor injuries.

A spokesman for the Filipino Embassy said yesterday that the family are doing well and have appealed for privacy. They were released from hospital yesterday and are expected to return home in the middle of this week.

Last night hundreds of people from Barcelona’s Muslim community gathered for an anti-terrorism march down Las Ramblas past shrines dedicated to the victims. They chanted “No to terrorism” and “Viva Catalonia” to warm applause from onlookers.