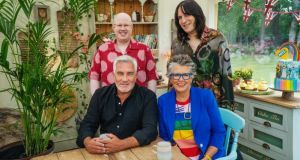 Britain’s trade ministry has been forced to clarify a claim that a trade deal with Japan would result in lower prices on tariff-free soy sauce after critics highlighted that a no-deal Brexit could in fact drive consumer prices up.

Independent trade policy has been sold to the British public as one of the main benefits of Brexit. And ministers have used social media to loudly tout the Japan deal – its most significant trade success since leaving the European Union.

However that publicity strategy ran into trouble on Tuesday night when the department tried to piggyback on the popularity of television show Great British Bake Off (GBBO), which was broadcasting a Japan-themed episode.

“The bakers used a lot of soya sauce in the first challenge on #GBBO, so it’s a good thing it will be made cheaper thanks to our trade deal with Japan,” the department tweeted.

Seasoned trade experts were quick to highlight that under the terms of Britain’s exit deal from the EU, an EU-Japan Free Trade Agreement remains in force and no tariffs are applicable on soy sauce imports from Japan into Britain.

Japanese imports of soy sauce comprise 14.6 per cent of British imports of the product.

Trade data showed that last year 31 per cent of Britain’s 22,589 tons of soy sauce imports came from the Netherlands and 10 per cent from Poland – both EU member states.

Unless Britain strikes a trade deal with the EU in the next 10 weeks – a negotiation which hangs in the balance – those imports will be subject to 6 per cent tariffs under World Trade Organisation terms.