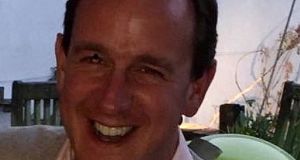 The court had subpoenad Richard O’Halloran on Friday evening to appear in court first thing this morning, according to sources close to the investigation.

Richard O’Halloran was back in a Shanghai court on Monday morning with a new legal team as the Dublin businessman continued his two-year struggle to leave China and return to his family.

He has been prevented from leaving the country after becoming embroiled in a legal dispute involving the Chinese owner of a Dublin-based aircraft leasing company for which he works.

The court had subpoenaed Mr O’Halloran on Friday evening to appear first thing this morning, sources close to the investigation said.

At the hearing, the judge requested that documents furnished by the Department of Foreign Affairs to the Shanghai court be notarised by the Chinese embassy in Dublin to verify they were issued by the Irish Government, according to businessman Ulick McEvaddy, a director of Mr O’Halloran’s company, Dublin-based China International Aviation Leasing Service.

Mr McEvaddy said they continued to be hopeful of breaking the logjam.

“I’m cautiously optimistic. They have all the documents they have requested now,” he said. “The court has everything they need. Well, they will have next week,” when the Chinese embassy notarises the documents and returns them to the Shanghai court.

Mr O’Halloran travelled to China in February 2019 in an attempt to resolve a dispute between the Chinese authorities and his chairman, Min Jiedong, who was sentenced to 10 years in prison for defrauding investors through a crowdfunding scheme.

Min’s illegal activity predates Mr O’Halloran’s time with the company and there are no allegations of any wrongdoing against the Irish man. But an exit ban has been placed on him and the Shanghai court has instructed him to transfer $36 million (€29.7 million) before he be allowed leave the country.

Following protracted negotiations, another source close to the investigation said they were at an important juncture and Mr O’Halloran’s team were working closely with the Department of Foreign Affairs in relation to providing information to the courts in Shanghai.

“It’s a process and there is a good degree of engagement in that process at the moment,” he said. “The fact that we have got to this point when we are putting firm proposals in front of the court in Shanghai is a positive development.”

A department spokesman would not comment on the Government documents submitted to the court in this “highly complex” case.

“There has also been extensive engagement at senior political and diplomatic level with the Chinese authorities in Beijing, Shanghai and Dublin in relation to the humanitarian aspects of this case and the importance of the citizen being allowed to return home as soon as possible.”

Mr Halloran was represented in court on Monday by a new legal team, the third one he has hired since his ordeal began, Mr McAvaddy said. The switch was made as the new legal team are a better fit, he added.

“The first team were looking at the corporate side of it. The particular team he has now are looking at all aspects of it . . . They just have a better handle on the courts.”

Mr McEvaddy said the court had previously asked for a guarantee from the Irish Government that the $36 million be repaid if Mr O’Halloran were allowed to leave China, something he said would be “mission impossible” for the Irish authorities.

One proposal is that Mr O’Halloran return home and manage the remaining five years the disputed plane is on lease. Mr McAvaddy said that at that point the loan on the plane would be paid off and “depending on market conditions” it could be worth up to $20 million and be delivered back to Shanghai or leased on by the Chinese side.

He said the court had an opportunity to sell the airplane for $56.5 million two years ago but they opted not to do that.

“And now in the middle of the pandemic airplanes are down two-thirds in value. They can’t sell it now, except for a loss.”

A Seanad debate on the detention of Mr O’Halloran scheduled for two weeks ago was postponed at the request of Minister for Foreign Affairs Simon Coveney as negotiations were at a “delicate stage” and he suggested a debate at that point could set the process back.