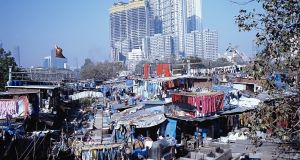 A mere 1 per cent of India’s population of more than 1.3 billion holds more than half the country’s wealth, a report by Oxfam has revealed.

Released at the World Economic Forum in Davos on Monday, the report, titled Public Good or Private Wealth?, disclosed that the financial disparity between India’s rich and poor was growing exponentially, adversely impacting fundamental rights and societal equilibrium.

According to the report, 10 per cent of India’s population controls 77.4 per cent of the country’s national wealth, and the wealth of the top 1 per cent in 2018 had increased by 39 per cent.

The wealth increase for the majority of Indians was just 3 per cent.

The Oxfam analysis said that 18 new dollar billionaires had emerged in India in 2018 . “If this obscene inequality between the top 1 per cent and the rest of India continues, then it will lead to a complete collapse of the social and democratic structure of this country,” said Oxfam’s international executive director Winnie Byanyima.

She said it was “morally outrageous” that a handful of wealthy individuals were amassing India’s wealth, while the poor continued to struggle to secure their next meal or pay for their children’s medicines.

The report also noted that Indian women and girls and the lower castes were the hardest hit by the growing economic disparity. According to Oxfam, the life expectancy of a low-caste woman was almost 15 years less than that of a woman belonging to the upper caste.

Oxfam advocates getting India’s richest 1 per cent to pay 0.5 per cent extra tax on their wealth and assets, to help raise overall government health spending by as much as 50 per cent.

The NGO said that the combined federal and provincial budget for public health, sanitation and water supply was less than the wealth – €34.5 billion – of the country’s richest man, Mukesh Ambani. Mr Ambani heads Reliance Industries, a Fortune 500 company with interests in oil, gas and telecommunications.

“The survey reveals how governments are exacerbating inequality by underfunding public services like healthcare and education on one hand, while undertaxing corporations and the wealthy, and failing to clamp down on tax dodgers on the other,” Oxfam India head Amitabh Behar said.