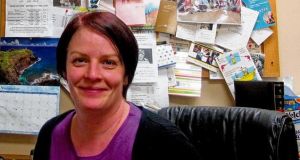 For the past 20 years, Michael has been looking over his shoulder. He left Co Donegal when he was 20 and is now married in New York with three young children. He is one of the estimated 50,000 undocumented Irish living in the US.

His wife is also an undocumented immigrant, and they live in a cramped two-bedroom apartment, unable to drive for legal reasons and can’t return home for fear of being barred from re-entering the country.

“My daughter is always asking when can she get her own room,” Michael says. “But because of our legal status we can’t get a mortgage. Travel is always a risk so we rarely take a vacation. I haven’t been home to Ireland in 15 years. Neither my wife nor I can drive, and so if our children need to get to a birthday party or to a doctor or wherever, we have to take taxis everywhere.”

There was some hope last week for Michael and others like him that the administration in the US may be committed to looking at immigration reform.

A cross-party group of senators announced they are examining legislation that could pave the way to citizenship for more than 11 million illegal immigrants.

Orla Kelleher, executive director of the Aisling Irish Community Center in New York, says there is cautious optimism in relation to the announcements.

“I think what we heard is an emphatic commitment to producing a comprehensive immigration reform Bill in the very near future. It seems very promising. A lot of people who have lived here undocumented for over 20 years are quietly optimistic about it.”

For Michael and his family, their life is in New York and will remain so. He enrols his children in private schooling, as he doesn’t want them to be a burden on the public education system, and his employers accept his illegal status.

He would like to be able to visit his family in Ireland, move perhaps to a larger home in New York and take his children on holiday.

“My oldest child is nine years old now, and this is the only place she knows,” he says. “I have work here full time with a good company.

Turning back the clock

“Where I come from in Ireland there is no employment. Even though we are undocumented, the future looks good out here. When you leave when you are 20 years old, you don’t think about how it will impact on you down the line. It is too late now, I can’t turn back the clock.”

Helping also to advance the case of the undocumented Irish in the US is Ciaran Staunton, a long-time campaigner on behalf of immigration reform and someone who has access to high-ranking politicians in both houses.

“In the last five years, 0.1 of 1 per cent of immigrants getting visas for here were Irish. We come 85th in the table of legal visas being awarded.

“As well as dealing with the undocumented issue, we need to also get proper legal future flow of emigrants from Ireland to the US.

“We welcome the fact we have bipartisan support in the Senate now, and people like former vice-presidential candidate Paul Ryan and former Florida governor Jed Bush are advocating for reform.”

The cause of the undocumented Irish was further bolstered when US president Barack Obama put his weight behind reform of US immigration laws and referenced the Irish who left as a result of the Famine.

“The time has come for commonsense, comprehensive immigration reform. The time is now. Now’s the time,” the president said, giving hope to the many thousands of Irish hoping for legal certainty.

Conor (30) is from Cork and is living in Boston as an undocumented immigrant.

“I’ve been here three years this September. I drive around the local area but I don’t have a licence. I have only worked a few days since Christmas and one of the problems is that you need a clean driver’s licence for most jobs.

“For some companies, you also need a police clearance check and a social security number, so those jobs are ruled out. “There is work here, it just tends to be from Irish companies and can be very seasonal.

“I know a lot of people in the same boat legally as me. My family can come here to visit, but my brother is disabled and he can’t fly so I haven’t seen him since I left. I know he won’t ever forget me, but it is hard.

“Last week, for example, a friend of mine living here got a call from his mum to say his father died in a car crash. He has a full-time job here so does he risk all that to attend the funeral? He can’t, especially when things are so bad at home.

“I rang a lawyer about my situation and they said because I overstayed my initial 90-day visa, there is no way at present I could get legal status. So, we’re all hoping these proposed new laws will help.

“They need Irish immigrants over here – many of us keep the country running.”

Nurse who died while being treated for Covid-19 was ‘wonderful caring man’ 23:38
Cabinet considers €91m plan for GPs and pharmacists to vaccinate 1.5m people 23:27
Messi’s red-card outburst the act of a desperate, hopeless man 22:30
Trump expected to issue dozens of pardons in final hours of presidency 21:57
‘Significant pressure’ as about 1,600 garda members absent due to Covid-19 21:46