Seizure part of ongoing investigation into a criminal gang 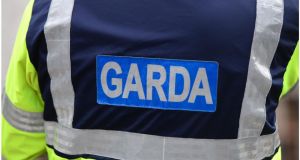 Gardaí stopped and searched a van and a car just before 8pm on Monday at Tooman, Lusk


Gardaí have arrested three men following the search of two vehicles in which €250,000 worth of drugs was discovered.

The seizure, in Lusk, Co Dublin, was part of an ongoing investigation into the activities of a criminal gang.

The Organised Crime Unit based at Harcourt Square stopped and searched a van and a car just before 8pm at Tooman, Lusk.

Three men were arrested at the scene and the herbal cannabis seized.

The men are currently being held under section two of the Criminal Justice Act.