Government pledges high-speed broadband for all by end of decade 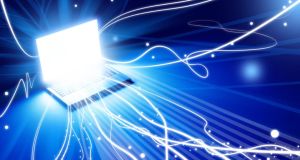 Every home and business in the country will have high-speed broadband by the end of the decade, the Government has promised.

Every home and business in the country will have high-speed broadband by the end of the decade, the Government has promised.

The Department of Communications, Energy and Natural Resources has said 600,000 homes and 100,000 businesses, which do not currently have broadband, will have it by the end of the decade.

It has published online national and county maps that identify the homes, businesses and schools where commercial providers will deliver high-speed broadband access by the end of 2016.

The Government will then step in to provide broadband services for the rest of the country.

The maps, which allow the public to identify their own premises to see whether their high-speed broadband will be provided by a commercial operator or through State intervention, can be accessed at broadband.gov.ie.

Launching the maps and an accompanying consultation document in Doolin, Co Clare, the Minister for Communications, Energy and Natural Resources said his department plans to issue a public tender for the state intervention by the end of 2015.

Minister White said: “The delivery of high quality broadband is about ensuring that our citizens in rural Ireland have the same life chances, and the same access to information, culture, ideas, social interaction and opportunity that people in urban areas can enjoy. It’s also about jobs in the rural economy.”

The quality or lack of it of broadband in rural areas has been a huge area of discontent in the last five years.

Businesses have complained that they are in a serious commercial disadvantage without high-speed broadband.

Séamus Folan of the Irish Rural Link said repeated Government plans for rural broadband had been the modern equivalent of “draining the Shannon” and there had been five previous announcements by ministers.

“It is a commitment that these people will not get broadband unless the State intervenes,” he said, “but cost is an issue.”