Work to start on first cost-rental scheme near Sandyford 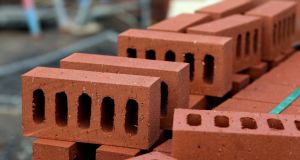 Construction of the State’s first cost-rental housing scheme, which will provide homes near Sandyford at below-market rents, is to get under way this spring.

Housing associations Tuath and Respond plan to build 155 apartments on the Enniskerry Road, south of Sandyford in a joint venture with Dún Laoghaire-Rathdown County Council and the Housing Agency.

While 105 apartments will be used for social housing, 50 will be rented to low- and middle-income workers at prices up to 30 per cent below market rents for the area, under a pilot cost-rental scheme.

The not-for-profit rental scheme would see rents linked to the cost of designing and building the development. Workers earning up to €50,000, or €75,000 as a couple, would be eligible for the scheme.

“The apartments will be let on based on the cost of providing them, and while we are not yet in a position to say exactly what that rent will be, we expect it will be 20-30 per cent below market rents in the area,” Tuath chief executive Seán O’Connor said. “The rent will also remain stable and won’t be linked to market increases.”

Tuath expects to award a contract to build the scheme in the coming weeks. “We’re just waiting for sign-off from the Department [of Housing] but we expect work to get under way by late spring, and it will take approximately two years to build,” Mr O’Connor said.

In addition to the cost-rental homes, Tuath plans to provide more than 1,000 social homes this year. In 2018 it spent €161 million building and buying 654 new homes at an average cost of €248,000. A further 147 homes were acquired through long-term leasing mechanisms, bringing the overall total number of new social homes provided by Tuath to 801 in 2018.

The Enniskerry Road site of just under three hectares was bought by Dún Laoghaire-Rathdown County Council for more than €7.8 million at the height of the boom. It was later transferred to the Housing Agency when the interest on loans had pushed the council’s debts associated with the site to €10.2 million.

A separate cost-rental scheme of almost 300 homes is planned for the former St Michael’s Estate in Inchicore, but construction is not expected to start on that project this year.