Who is ‘Grace’ and what happened to her? 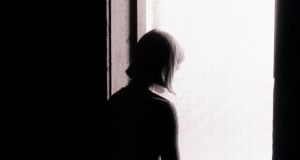 The Inquiry into Protected Disclosures, SU1 report, completed in 2012 but published only Tuesday, is an investigation into allegations of physical and sexual abuse involving an intellectually disabled woman in a foster home in the southeast.

For legal reasons, the woman is referred to only as Service User 1 (SU1) in the Conal Devine report, although she has commonly become known as “Grace”.

Grace was born to what the report describes as a “single mother” who intended to place her for adoption. However, there were complications at birth and she was diagnosed with severe intellectual disability and microcephaly. As a result, the adoption did not proceed.

She was placed on a number of short-term placements in different parts of Ireland before being placed full time with a foster family in the south-east in 1989, when she was 10 years old. She was to remain with this family - the father died in 2001 - for 20 years until July 2009, when she was removed from the foster home by the HSE.

The report charts the various concerns that were flagged about her condition over these years and the discussions among social care staff about her case. In 1995, for example, her hips and arms were found to be bruised. While in day services, “she completely stripped herself for no apparent reason”. Her behaviour was described as “chaotic” and she took to “headbutting” other trainees. There was no evidence the bruising was investigated.

“Grace”, an intellectually disabled woman, was in a foster home full-time as of 1989. By 1996, a claim of sexual abuse involving another resident was received. She was to be removed but this was overturned after an appeal by the foster parents. She was also allegedly defrauded of money. In 2009, she was moved to a residential placement.

By 1996, an allegation of sexual abuse involving another resident had been received and Grace’s behaviour had become more agitated. A case conference decided to move her but this decision was overturned following an appeal by the foster parents. The HSE now says this was a “missed opportunity” for action but the report says it was unable to establish a rationale for the decision taken at this time.

Decisions made at the 1996 case conference were not followed up, but the concerns about her welfare kept arising.

In the years that followed, Grace would experience more bruising on her thighs and breasts, black eyes, carpet burns. She was also defrauded of money, it is alleged in the report, and she went years without medical attention and her general appearance was poor.

Eventually, on July 17th, 2009, she was moved to a residential placement. The report says this should have been done earlier.

A second report, The Disability Foster Care Report by Resilience Ireland, took a wider look at people who were cared for by the same foster family as Grace.

In 1985, the family was approved to take up to two children for holiday respite care, but ended up caring for dozens of children, often for long periods. These included five very vulnerable children who had been in the care of health services and who were placed without the necessary checks.

Four people allege they were abused while staying with the foster family, one of whom was allegedly locked in a cupboard.

The authors of this report were unable to secure the co-operation or assistance of many of the families they interviewed and a commission of investigation is now planned to further investigate the matter.