Number granted Irish citizenship in 2015 half that of peak 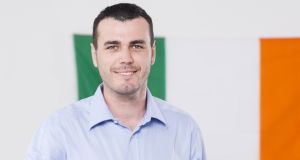 The number of naturalisation certificates issued in 2015 was 13,500. File photograph: Getty Images

The number of people granted Irish citizenship in 2015 was almost half that of the peak three years earlier, according to new research by the Economic and Social Research Institute (ESRI).

The total number of naturalisation certificates issued in 2015, which are the official documents issued to individuals when they become Irish citizens, was 13,500. This represents a 46 per cent drop on the 2012 peak when 25,100 certificates were issued.

On education, the report looked at data from the national assessment tests at primary level and found lower reading scores among immigrants from non-English speaking backgrounds than their Irish peers at both second and sixth class.

However, basic deprivation rates (enforced lack of two or more items relating to food, clothing, heating and family/social life) were similar for Irish and non-Irish. The same was true of consistent poverty (being in income poverty and experiencing basic deprivation).

Income poverty rates were “particularly high” for the non-EU group in 2014 (46 per cent), and have increased in recent years. The ESRI noted that some of this increase may be due to the high and increasing proportion of students in the non-EU population, as well as rising in-work poverty among this group.

The report, published jointly with the Department of Justice and Equality, is to be launched in Dublin on Wednesday by Minister of State with special responsibility for Equality, Immigration and Integration David Stanton.

Responding to the findings, Mr Stanton said his priority was “to promote the integration of migrants into communities across the country”.

“It is vital that we monitor changes in the circumstances and experiences of migrants over time so that we can respond to their needs and plan for the future,” he said. “Developing our knowledge base is a crucial part of this process.”

Dr Frances McGinnity, the report’s author, said the increase in the proportion of non-Irish nationals in the Republic gaining citizenship would present challenges.

“The immigrant population in Ireland now comprises a large group of immigrants with Irish citizenship who share the same rights and responsibilities as Irish citizens by birth or descent,” she said.

“Citizenship does not necessarily imply a sense of belonging, but the very significant increase in the numbers gaining citizenship indicates progress towards the fuller integration of immigrants in Ireland.

“Notwithstanding the considerable progress made, challenges remain for Ireland in integrating its large numbers of new immigrants.”