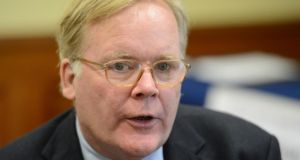 The Unite trade union has urged the Government to increase the national minimum wage and social welfare payments in the Budget in the autumn in a bid to boost spending demand in the economy.

A seminar organised by Unite on Thursday heard calls for the Budget to be “expansionary”.

Unite Regional Secretary Jimmy Kelly said: “The question is no longer whether austerity is working: we know it is not. The question now is how we can move beyond austerity to a new kind of recovery - one which benefits working people.

“That will mean focussing on how wages, incomes and workplace rights can help boost living standards and economic growth, coupled with a new appreciation of the role social insurance can play in promoting our public services and ensuring a strong social protection system.

Unite research officer Michael Taft said that the forthcoming Budget in the autumn must be “ expansionary, especially if there is a continuing slowdown in Europe, thus reducing export growth”.

“All the evidence shows that the Government can reach its programme targets without further damaging spending cuts in Budget 2014. The time has come not only to stop cutting, but to start reversing some of the most destructive cuts.

“Irish labour costs remain well below the EU-15 average. An active incomes policy is required to boost spending and get the economy on track. Such a policy would involve measures aimed at the low-paid, such as increasing the national minimum wage, together with increases in social protection payments funded by increased taxation on higher income groups and unproductive activity.”