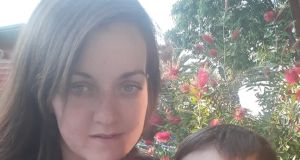 Stephanie Pakenham says her hospital consultant brought up the rights of the foetus when she asked whether she had a right to refuse an intervention.

Adelaide Doran was heavily pregnant with her first child when she went to hospital for a routine appointment. During the visit, she says she was advised to remain there to be induced into labour.

The physiotherapist, who previously worked in a maternity ward, did not, however, want to be medically induced and asked if she could decline the induction so long as she and her baby were in good health.

“I said I wanted to go home and they basically told me that if I left the hospital, then I was putting my baby’s life at risk, and that I was thinking of myself and not of my baby,” she says.

“Then I felt guilty because I thought, what if something did happen? I’d never forgive myself if it did, even though all the medical signs were showing that everything was fine. So I agreed that we could start the induction process.”

Doran was given prostaglandin gel, used to induce labour, but the process did not begin for a couple of days. At that stage, a decision was made to perform an assisted delivery with the use of a vacuum.

In the end, her baby was fine but Doran’s hips were sprained and she suffered internal and external injuries.

Doran argues that none of this would have happened if she had been able to refuse an induction. She says the Eighth Amendment means that mothers, even those who want to keep their babies, do not have full rights in relation to their healthcare. The amendment guarantees the unborn the same right to life as the mother.

“You can express what you want to happen, but if the doctor believes that they are working in the best interests of the baby, they can just go against the wishes of the woman.”

Dr Krysia Lynch, chair of the Association for Improvements in Maternity Services Ireland (AIMS Ireland), says the amendment affects “more people in continuing wanted pregnancies than it does in crisis pregnancies”.

“It isn’t something you can filter out or apply to some women and not to others. The minute a woman becomes pregnant, she will fall under the spectre of the Eighth Amendment,” she says.

When Stephanie Pakenham (34), a microbiologist, was pregnant with her second child, she argued with a hospital consultant over whether she had the right to refuse an intervention. She says he brought up the rights of the foetus under the Eighth Amendment.

Pakenham, who gave birth by caesarean section for her first child, wanted a vaginal birth for her second child, as she believed this would be better for her, her baby and the children she wished to have in the future.

As part of this, she wanted intermittent monitoring during her labour, instead of continuous monitoring, as was hospital policy.

“I was talking to the consultant for about 30 or 40 minutes, and I kept saying, ‘do I have the right to make an informed decision about this?’”

“He kept putting me off and, in the end, he said the foetus has equal rights to me and that he has to look after the foetus, and he’d had to contact the hospital legal team, because I said I was going to insist on intermittent monitoring.”

She added: “I feel like I was never in trouble in my life, and you think the lawyers and the guards are going to come after you, only because you want to do the right thing, and you’ve done the research”.