Test will be ‘when we see roofs over people’s heads’ 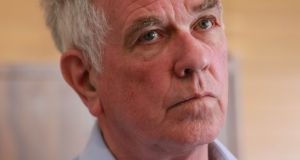 Father Peter McVerry: welcomed the expansion of the Housing First programme which moves people straight from rough sleeping into housing

The test of the Government’s Action Plan on Housing and Homelessness will be “when we see roofs over people’s heads”, Focus Ireland said.

The homelessness charity was among numerous agencies broadly welcoming the plan, albeit cautiously and with several caveats.

Others said it was “not good enough” and even described it as a “Thatcherite manifesto for developers”, while some were positively gushing with praise.

“From the perspective of businesses involved in designing, financing, planning and building new homes the . . . Housing Action Plan will vastly improve how we deliver high-quality affordable homes,” said Tom Phillips, chairman of PII.

Mike Allen, director of advocacy with Focus Ireland, welcomed the commitment to deliver 47,000 units of social housing by 2021, and to end the use of hotels and B&Bs for homeless families by mid-2017.

There was also ambiguity, he said, in the plan about what proportion of the 47,000 new units of social housing would be publicly built.

“Who will build the social housing and when?” he asked.

Other homelessness charities, including the Simon Communities, the Peter McVerry Trust and Depaul Ireland, welcomed the expansion of the Housing First programme which moves people straight from rough sleeping into housing.

Simon Brooke, head of policy with Clúid housing association, said the key challenge would be “delivery”.

He welcomed the commitment to mixed-tenure estates on State-owned land, and a review of the mortgage-to-rent scheme, but the reference to “affordable rental” schemes was “frustratingly brief and vague”.

Donal McManus, chief executive of the Irish Council for Social Housing, said particularly welcome were the establishment of a unit within the Department of Housing to “assist housing association supply”, the provisions of State lands to housing associations and the creation of a special purpose vehicle to access housing finance.

Ruth Coppinger TD, of the Anti-Austerity Alliance, said the plan would not deliver enough homes to solve the housing crisis.