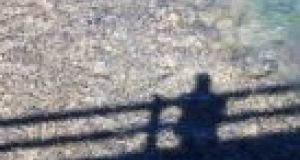 The suicide rate has fallen to its lowest level this century, though an unknown number of cases go unreported, according to a new report.

Provisional figures show there were 352 suicides last year - 282 male and 70 female - or 7.2 per 100,000 of population, according to the 2018 annual report of the National Office for Suicide Prevention.

Counties Monaghan and Cavan had the highest rates over the past two years, the latest data shows. The lowest suicide rates were in Dublin, with Dún Laoghaire Rathdown and Fingal recording the fewest deaths by suicide relative to population.

Drawing on statistics from the Central Statistics Office, it sets out a complex table of figures since 2008 with the proviso that suicide statistics go through a series of stages over about three years - from ‘provisional’ when deaths are registered, to ‘official’ once deaths have been determined to be suicides at coronial inquests and finally to include all late registrations for a particular year.

Men continue to account for 80 per cent of all suicides - in line with global trends - and the 45 to 54 year-old age group are at highest risk.

“Indications are that additional deaths registered as ‘undetermined’ may include hidden cases of suicide,” says the report. “However it is not clear which proportion of undetermined deaths involve probable suicide cases.”

Minister of State for mental health and older people, Jim Daly, described suicide prevention as a “priority” for Government.