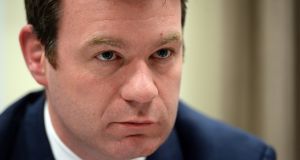 The minimum size of all types of apartments that can be built in the city will be reduced. Photograph: Cyril Byrne/The Irish Times

Earlier this year, Dublin City Council was excoriated for proposing studio apartments of 45sq m in just over 7 per cent of new apartment blocks, as long as they were in rental complexes of more than 100 units, with extra communal services.

It was just six months ago, but already it seems like a lost era of golden innocence.

On the darkest day of the year, Minister for the Environment Alan Kelly has decreed that the council did not go far enough.

The minimum size of all one bed apartments will be 45sq m. Studios – apartments that don’t have a separate bedroom and living area – can be 40sq m. Developers can’t be forced to provide communal services and the schemes need only have 50 apartments to qualify. 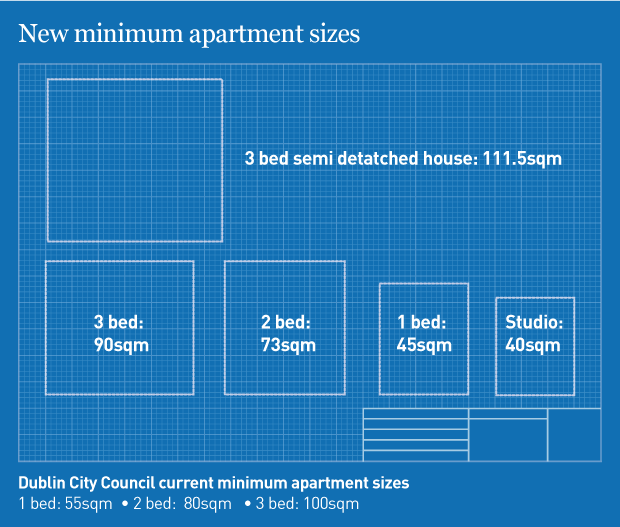 The studios will be a little bigger than the minimum one- bed standard set in 1995 (38sq m), not exactly the finest hour of apartment construction.

In addition the minimum size of all types of apartments that can be built in the city will be cut.

These new rules were issued in a document called “guidelines for planning authorities”. But they’re not “guidelines” they are orders. They “must take precedence” over development plans, and local authorities are “precluded” from having standards that conflict with the “guidelines”.

These rules are primarily aimed at Dublin City Council, which changed its apartment standards eight years ago requiring developers to build homes significantly larger than specified by the Department of the Environment.

Kelly said the guidelines would reduce costs, but not standards: “. . . We are witnessing an upward spiral of new planning requirements being specified by some, but not all, local authorities, without proper analysis of their economic impact on the people who must ultimately pay – ordinary renters and apartment dwellers. I will not stand for shoebox living that was the hallmark of the Fianna Fáil governments of the past.”

Rosalind Travers, spokeswoman for the Construction Industry Federation, agrees with him: “We welcome any proposals the will increase the supply of housing and allow for an increase in apartment-building.”

His view is shared by DIT housing lecturer Lorcan Sirr: “The Minister or his advisers don’t seem to understand the basic economics of this. A 20 per cent smaller apartment will not save the builder 20 per construction costs, but about 5 per cent. And any rent or sales price for these smaller units will be about the same as for a larger apartment, so the only winner here is the developer.”

Concern over length of time between people showing Covid symptoms and testing 19:56
Chair of national children’s hospital development board to step down 19:54
Efforts intensify to save Curlew from extinction in Ireland 19:53
Coronavirus: 52 more deaths and 2,371 cases as EU vaccine plan hits fresh setback 19:36
Taoiseach downplays scope for ‘two-island solution’ to Covid-19 19:26