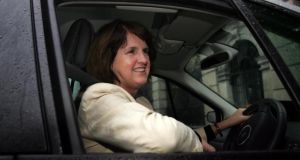 Joan Burton: said the vast majority of social welfare customers received only the payment to which they were entitled. Photograph: Eric Luke

Under the Social Welfare and Pensions Bill 2014 , anyone claiming welfare benefits must be able to prove they were resident here not just at the time of application but for the entire period the payment is claimed for.

This residency test – known as habitual residence – is based on a person’s links with the country, the length of time they have been living here and whether they plan to stay for the foreseeable future.

The change will not affect any non-Irish nationals currently in receipt of benefits, nor will it affect the payment of child benefit to EU migrant workers whose children are living in their home country.

In practice, however, many claimants who are new to the country will have to wait longer before being eligible for welfare payments. It is also likely to reduce eligibility to back-payments in many circumstances.

Issues such as the entitlement of foreign nationals to welfare benefits have proved controversial in jurisdictions such as the UK, especially in light of public spending cutbacks.

While it has proved less of an issue here, the Government recently examined whether it was possible to curtail the payment of child benefit for non-resident children of EU nationals who are living here .

It was unable to do so, however, as the practice is based on entitlements under EU regulations which date back to the 1970s. Any change to this would require consensus at EU level.

Latest figures show child benefit was paid to almost 7,800 children abroad last year, at a cost of about €6 million. They represents just 0.6 per cent of child benefit recipients.

In a statement Minister for Social Protection Joan Burton said the payment was “crucially important” to working families.

Other measures in the draft legislation include new powers to recover social welfare over-payments as a result or error by the department or fraud by recipients.

Ms Burton said the vast majority of social welfare customers received only the payment to which they were entitled.

There is also provision for an extension of social insurance to cover spouses or civil partners of the self-employed.

At present the social welfare code excludes certain relatives, including spouses and civil partners, of self-employed contributors who are participating in that person’s business.