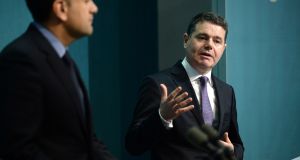 Irish workers close to retirement are calling for clarity on the proposed new State pension system after the Government failed to meet a number of deadlines set under reform plans.

In its Roadmap for Pension Reform the Government said it would finalise the design of a new total contributions approach by the end of 2018 and bring forward the scheme’s legislation by the end of March 2019.

Having missed both these deadlines, workers are increasingly concerned about the number of years of contributions needed to qualify for a full pension, says the Irish Congress of Trade Unions (Ictu).

Under the Roadmap plans, which are set to come into effect from January 2020, workers will have to pay 40 years of contributions to qualify for a full-rate pension. However, Ictu says this target is unachievable for most older workers and that 30 years, as originally committed by the Government, is a fairer requirement.

Ictu social policy officer Dr Laura Bambrick says it will be “practically impossible” for people who have spent some or all of their life in part-time employment or who are self-employed to meet the 40-year target. “We’re already receiving calls and emails from members who are due to retire in 2019 and don’t know whether they will need 30 years. People don’t know what the rules are going to be when the new pension comes.”

A statement from the Department of Employment Affairs and Social Protection said draft design options for the new programme were being considered at senior official level and work was under way to “cost additional options”. It added that legislation would be brought forward once a final design was selected, with an announcement set to be made by the end of June.

The Government has also missed the March 2019 deadline for finalising the design of a new automatic enrolment system that would see almost all workers enrolled in an occupational pension scheme on top of their entitlement to a State pension and use an opt-out rather an opt-in system.

More than half of Irish workers are not making retirement savings and will have no other income to live on besides the State pension, according to latest CSO figures.

Dr Bambrick says the current system does not encourage low- and middle-income earners to save enough money for a financially secure retirement while there is no legal obligation on employers to provide or contribute to a pension scheme.

“The real urgency for this [comes from the fact that] in the next 20 years almost one in four of us will be over 65, and we need older people to have as much disposable income as possible if we are going to maintain economic consumer demand. It’s important for the individual but there are wider economic issues why we have to get people saving for their retirement.

“The Government planned to introduce auto-enrolment in 2022, that’s only three years out. If they can do it by 2022, that’s brilliant, but we always thought that was ambitious. It was always a tight deadline and there’s been some slippage but it’s been made even tighter now from them falling behind.”

The department said it had received broad support for the auto-enrolment plan but that diverging views were “evident on almost every policy question” and that the level of engagement needed to implement the new system “takes considerable time”. It added that it intended to bring a memo for Government to Cabinet before the summer recess.