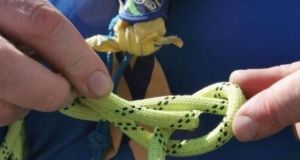 The true number of sex offenders and victims was likely to be “a multiple” of what had emerged to date.

More than a dozen people have come forward alleging that they were sexually abused while members of Scouting Ireland since the organisation revealed that an internal review had identified 108 such cases.

Sources in the organisation said that 15 people had contacted it over the two days since details of an ongoing review of past abuse cases, by child safeguarding expert Ian Elliott, were set out at an Oireachtas committee.

The review identified 108 alleged victims, and 71 alleged abusers, who were primarily active between the 1960s and 1980s. The majority of the alleged abusers are deceased, and none are still active in the organisation, which has 40,000 juvenile members.

Where alleged perpetrators were still alive, Scouting Ireland said it had made reports to An Garda Síochána, and the State child protection watchdog Tusla. In some cases individuals are living abroad, and information has been passed to relevant foreign authorities.

Garda Commissioner Drew Harris told the Policing Authority on Thursday that the true number of sex offenders and victims was likely to be “a multiple” of what had emerged to date.

Mr Harris said the Garda Protective Services Bureau was working with the Scouting Ireland review team and that he wished to encourage those affected to come forward “and tell us what happened”.

He said these were “very sensitive crimes” and it was difficult for victims to come forward but he sought to assure those concerned that they could trust the force to investigate their cases.

Minister for Justice Charlie Flanagan told the Dáil that reports had been made to “police forces in jurisdictions where many of the alleged abusers may be living”.

Scouting Ireland has been embroiled in controversy over safeguarding standards since the start of this year, when The Irish Times revealed a confidential report had found the organisation’s handling of a rape allegation, concerning two adult volunteers, had been “deeply flawed”. Minister for Children Katherine Zappone has twice suspended the organisation’s State funding in recent months over a lack of confidence in its governance following the scandal.

Scouting Ireland said a dedicated helpline was being set up for victims to share their stories with the organisation.

“We have been busy but not overwhelmed with contacts” on Wednesday and Thursday, and “all contacts are being responded to immediately,” a spokeswoman for the organisation said.

Aisling Kelly, chair of the Scouting Ireland board, said it would be examining if a “general compensation fund” could be set up for victims, to avoid them seeking redress through the courts system.

Maeve Lewis, executive director of abuse survivors charity One in Four, said the organisation had received an “uptake” in calls following the abuse revelations.

Around nine individuals who recently contacted the charity said they were victims of historic abuse in Scouting Ireland and she expected the numbers to increase over the course of the week.

Dave Coleman, a Dublin-based solicitor who regularly takes child abuse cases, said he was dealing with several former scouts who alleged they were victims of child sex abuse in the organisation. The individuals had come forward over the course of the last six months, Mr Coleman said.

The abuse allegations related to more than one perpetrator, and dated back several decades, he said.

Scouting Ireland formed in 2004 following a merger of the Catholic Boy Scouts of Ireland and the Scouts Association of Ireland, and took on the legal liabilities of the two former organisations.

Ms Zappone has written to Ms Kelly seeking an urgent meeting to discuss the abuse revelations.