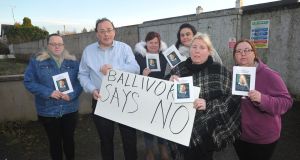 Plans by the Church of Scientology to set up what it proclaims to be a drug rehabilitation centre in Co Meath village have received a setback with An Bord Pleanála ruling that it is not exempt from planning permission.

Construction works are nearing completion on the controversial development in Ballivor, which had received an exempted development declaration from Meath County Council on plans by Narconon in October 2016.

Narconon is an organisation owned and controlled by the Church of Scientology which purports to help rehabilitate drug users through interventions including the use of saunas and the intake of vitamins.

An Bord Pleanála has now overturned the council’s decision, ruling that the development does need planning permission.

The ruling was made in response to two appeals from the Ballivor Community Group and Trim Municipal District Council.

But an Bord Pleanála took a different view, stating “the change of of use of the permitted nursing home to a residential drug rehabilitation facility is a development and not an exempted development.

“The proposed use as a residential drug rehabilitation facility would be a factual change of use from use as a nursing home and such change of use would raise material planning considerations including different patterns of traffic, and pedestrian activity/movement, a different service to a different user group, including a population with a broader age profile and who are drug dependant and with limited interaction with the local community, and is, therefore a material change of use, and is development.”

“This means that Narconon now has to go through the full planning process, which is open to objections. It was ridiculous to think that a nursing home in a small village was the exact same in terms of planning as a nursing home.

“This case has also highlighted the use of Section 5 which circumvents a planning process. All section five decisions made by Meath Co. Council are now notified to all county councillors. This is a significant opening of the planning process and Meath is leading the way.”

In a statement Narconon Ireland said: “Meath County Council granted Narconon planning permission in 2016. The building is nearly completed. We adhered to planning laws from start to finish. We are surprised by this decision from An Bord Pleanála more than two years later and we are seeking legal advice.”