Scouting Ireland as ‘safe as it can be’, says child protection expert 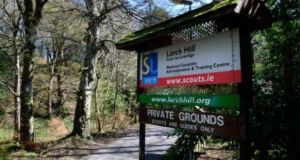 Mr Elliott, an independent consultant and safeguarding expert, has been assisting the youth organisation in improving current practices since 2017.

Speaking on Thursday, Mr Elliott sought to assure parents and the public that Scouting Ireland “is as safe as it can be, and it is getting safer.”

Mr Elliott said the youth organisation has “stringent and robust policies now in place that I believe are best practice,” while speaking on the RTÉ Sean O’Rourke show.

Tusla is to conduct a full review into how Scouting Ireland supervise children, and handle disclosures of abuse, after an initial inquiry raised serious concerns.

In a recent letter to Scouting Ireland chief executive Dr John Lawlor, Tusla made a series of urgent recommendations over existing safeguarding failings. These included an “immediate review” of how children are supervised, and a recommendation Scouting Ireland “consider the viability of continuing with overnight trips.”

After an initial assessment of the youth organisation’s policies, Tusla officials found several shortcomings, and “live cases” where poor practice had “left children exposed to risk of harm.”

Officials found several recent instances where children had been subjected to sexual assaults and indecent exposure, by other juvenile members.

“We want to discuss the evidence mentioned in this letter,” Mr Elliott said. “We have worked closely with them at inter-agency meetings. We had a meeting last Monday and asked if there were any concerns and we were told no, so we are confused by this,” he said.

In the wake of the past abuse scandal, three separate helplines were set up by Scouting Ireland, Tusla, and the Garda.

The helpline run by Scouting Ireland was criticised in Tusla’s letter, as internal safeguarding staff were dealing with complaints. “This may indicate a significant conflict of interest and raises a question in relation to the suitability, competence and ethics of such a system,” the letter said.

The letter pointed to concerns with one case, where an abuse allegation was reported to the helpline. “The SI representative displayed an over-familiar attitude and casual approach to the call, quizzing and questioning the reporter regarding their allegation,” it said.

The staff member “disputed with the caller the accuracy of the timeframes of their allegation”, which Tusla said was not appropriate. In reaction to Mr Elliott’s statements, Maeve Lewis director of abuse survivors charity One in Four said it was concerning a “conflict” had emerged between Tusla and Scouting Ireland.

Ms Lewis said she would have concerns if Scouting Ireland was “apparently not accepting” the issues raised by Tusla.

“Reading that letter from child protection experts in Tusla, if I had a child involved in scouts this weekend I don’t think I would be comfortable allowing that child to go off on an overnight camping trip until all these various issues have been addressed,” Ms Lewis added.

Tánaiste and Minister for Foreign Affairs Simon Coveney said Scouting Ireland had “an obligation right now to answer the hard questions” arising from the Tusla report.

“Scouting Ireland plays an important role in the development of young people, but Scouting Ireland has a responsibility too, to ensure that they are fully transparent and open to investigation and criticism where that’s warranted.

“And what we have now is a need for Scouting Ireland to work with Tusla to make sure that their systems and their protections are in place to protect young people so that parents can have confidence in Scouting Ireland as an organisation that can help develop young people,” he told reporters in Dublin.