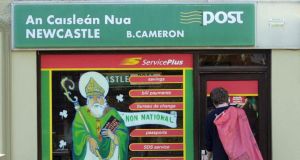 At an event on rural crime which I chaired in Wexford this week, a local retired Garda superintendent gave an interesting talk on how rural policing had been undermined over decades.

He set out how, when he first started as a garda some 35 years ago, there were often three or four gardaí in each rural station. One of them was living at the barracks, and the others lived nearby, thereby delivering a 24/7 policing service to the community. They knew everyone, so when something unusual happened their antennas were raised.

The speaker outlined how originally gardaí had only three days off a month.

Gradually through negotiations, and more recently through the European Working Time Directive, gardaí got to a position where their ordinary working week is now the same length as that of other workers on shift work.

These changes in working hours have, he feels, deprived rural stations of the equivalent of one garda.

Over the same period increased urbanisation, the construction of larger stations in towns, investment in technology and redistribution within Garda districts further reduced the numbers of gardaí in rural stations.

A failure to maintain barracks accommodation, greater patterns of female participation in the work place and a removal of the requirement that gardaí live in their assigned area have also, he said, created a situation where even those gardaí assigned to rural areas live in local towns.

The retired superintendent’s talk was a fascinating insight into how shifts in national policy, budgetary cuts and a failure to compensate for demographic trends had dramatic consequences – some intended and some unintended. These changes led effectively to a depolicing of rural Ireland.

steps are taken soon by Government.

On page 62 of the programme for government signed by Fine Gael and the Labour Party in March 2011, both parties promised to “ensure that the network of post offices around the country is maintained and that communities have access to adequate postal services in their locality”.

That sounds like a strong commitment and it mirrors promises by all parties before the 2011 general election.

In reality, however, it is a vague commitment, and to date no medium or long-term plan has been put in place.

Recent research by consultants Grant Thornton which was commissioned by the Irish Postmasters Union has warned that unless a strategic plan is developed for sustaining the rural post office network up to a third of those post offices could close in a relatively short time.

It had been thought that the position of local post offices had been secured when An Post won the most recent tender for payments by the Department of Social Protection. This social welfare contract is worth €60 million per annum to An Post. However, a drive by the department to push people towards having their payments lodged directly into banks s puts smaller post offices back in a perilous position.

The other real concern is that the decision by An Post to partner with Tesco to develop an alternative network will not only compound the trend away from local retail to urban-based service provision but will undermine the position of hundreds of self-employed postmasters.

There are also fears the NTMA contract for people to make or purchase government-backed savings may also be lost from post offices when that contract comes up for renewal.

I was reared in a village in south Wexford where my mum was the postmaster for 50 years. My sister now runs that post office. Local post offices like hers have proved incredibly adaptable to competition and to the need for a more commercial mandate.

The range of services provided by the post office has grown exponentially in recent years. These have included public sector services like ordering passports or paying speeding fines.

Local postmasters are not looking for a subsidy or for the rural post office network to be preserved for its own good.

They do, however, want Government to publish a promised plan on how new government services could be delivered through local post offices.

On Wednesday the Irish Postmasters Union’s call for a Government plan for the post office network will be debated in the Dáil on foot of a Private Members’ motion tabled by Seamus Healy TD and other Independent deputies.

Hundreds of postmasters are travelling to protest on Kildare Street while the motion is being debated.

Hopefully that will provide the appropriate opportunity for Minister Pat Rabbitte to announce details of a Government plan to save our rural post offices.