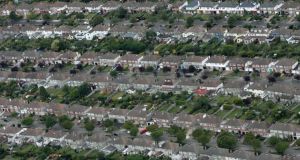 The city council has a housing stock of just under 25,000 homes and about 11,000 of these could be eligible for purchase by tenants at discounts of up to 60 per cent of the market value. Photograph: Frank Miller

Council house tenants’ right to buy their homes should be suspended, and the cap on the maximum rent payable by tenants should be scrapped, Dublin City Council has been told.

The council should also have the power to deduct social housing rents directly from social welfare payments, while the ability to “inherit” a council house tenancy should be ended, according to a report from UCD and the Community Foundation of Ireland on the financial sustainability of council housing .

The city council has a housing stock of just under 25,000 homes and about 11,000 of these could be eligible for purchase by their tenants at discounts of up to 60 per cent of the market value.

At that level of discount, the council could not afford to replace the homes lost to the housing stock, the reports author’s UCD academic Michelle Norris and Aideen Hayden, chairwoman of housing charity Threshold said.

“The funding model effectively requires the council to sell housing at a loss,” Ms Norris said. “There is a clawback for a period, but still the revenue is far less than the replacement cost of council housing.”

She said she did not accept there was a “human right” for a tenant to buy their council house at a substantial discount. “I think there is human right to housing but I don’t accept there’s is a right to State-subsidised acquisition of council housing.”

Ms Hayden said the report was partly based on interviews with housing officials in local authorities. She said there was a “strong view” the tenant purchase scheme should be suspended particularly in light of the current homelessness crises, and “succession rights”, where a family member took over the tenancy of deceased relative, should be abolished. The right to inherit a tenancy often resulted in a single person living in a larger house which could be used for a family she said. However, greater numbers of smaller homes should be provided to allow people to downsize but remain living in their locality.

Housing officials had also advocated for an end to the cap on rents. In Dublin city council housing, average weekly rents are €64.76 while the minimum rent paid is €24.90. The maximum the council can charge for multiple, wage-earning adults in a large house is €423 weekly, but the actual maximum currently charged is €237.

“The principal is that when somebody reaches a much higher income they should pay a higher proportion of that, to a point where the rent should be equalised with market rent.”

It was also felt, she said, that local authorities should be able to deduct rents directly from social welfare payments, particularly when substantial arrears had been amassed.

This compulsory deduction of rents “might sound very draconian”, Ms Hayden said, but part of the reason for this was that local authorities were the housing providers “of last resort” and it wasn’t really an option for them to evict tenants for refusal to pay. “Even if very significant arrears are built up, there was no means of comeback for them .”