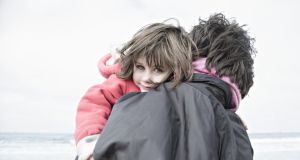 The launch of the UK government’s “rape rule” for child tax credits has been plunged into uncertainty, with experts warning that women in Northern Ireland covered by the new law could be at risk of being drawn into a criminal investigation.

The policy, which comes into force on Thursday, limits tax credits to a woman’s first two children but provides four exemptions, including one for subsequent children conceived by rape. To qualify for the payment, worth up to £2,780 a year, the woman must convince specially hired assessors such as social workers or nurses of the credibility of her claim.

Now charities have warned that women in Northern Ireland who apply for the benefit will be subject to laws requiring citizens to disclose serious crimes. So a woman who has not previously alerted the police to an assault could be at risk of a criminal investigation if she then informs officials of it through her tax-credit application.

On Wednesday the Royal College of Nursing joined the list of organisations to say they did not believe nurses or midwives should be involved in helping to adjudicate on rape-connected benefit claims. The UK department for work and pensions had not consulted the institution about the plans, it said, nor explained how nurses would be trained for the role.

UK government sources emphasised that the level of proof provided by a claimant seeking a rape exemption would not be high. Third-party professionals would not be expected to satisfy themselves of the truth of the claim, or request details about the assault, but simply confirm that the claim was plausible.

But charities, faith groups and MPs have said it is unclear how this will work in practice or whether any “rape clause” benefit assessors had been recruited or trained.

The two-child policy, one of a series of measures aimed at cutting billions from the UK’s social-security bill, is expected to save £1.3 billion a year by 2020. Analysts predict that limiting child tax credits alone will put 250,000 more children into poverty by the end of the decade, two-thirds of them from working families. Ministers argue that the policy will persuade poor families to have fewer children, although they admit there is no evidence that it will have the intended effect.

In Northern Ireland, as well as women facing legal risks in “nonconsensual conception” assessments, if the identity of an attacker becomes apparent or is revealed, the official assessing the case would also be committing a criminal offence punishable by a prison sentence if they did not report to the authorities that a crime had taken place.

Although women’s groups believe the authorities would not prosecute a victim of rape in these circumstances, the benefits-exemption assessor would be under huge pressure to inform the Police Service of Northern Ireland, which in turn would be obliged to consider investigating both the woman and the alleged attacker.

Campaigners argue that the rape-clause assessment could retraumatise women by forcing them to disclose sexual violence. They say many would not want to engage with the criminal-justice system or report a partner to police, and should not have to take such risks to access welfare entitlements.

Charities say the prospect of a police investigation is possible under section five of the 1967 Criminal Law Act (Northern Ireland), which was introduced in an attempt to prevent the concealment of serious offences at a time of intense sectarian conflict. It does not apply in the rest of the UK.

The Scottish National Party MP Alison Thewliss, who has led opposition to the two-child policy in the House of Commons, said the rape clause was unworkable and immoral. “The total lack of consideration about the ramifications of this policy are highlighted by the very serious consequences for survivors of rape and sexual violence in Northern Ireland.”

Alongside the Royal College of Nursing, several women’s charities have refused or are likely to refuse to join the list of approved assessors on principle. Glasgow Rape Crisis Centre said its role was to provide support, counselling and advocacy to survivors of sexual violence, and it “was not an arm of the treasury”.

Women’s Aid Federation Northern Ireland warned that the regulations could have a chilling effect on rape victims. Its chief executive, Jan Melia, said, “Women who rely on child tax credits to put food in their children’s mouths will be faced with a ‘Sophie’s choice’ of either reliving their trauma, and stigmatising their child, or being further impoverished.”

The charity warned that Northern Ireland’s abortion laws, which often result in women travelling to other parts of the UK to pay for private terminations, mean the two-child policy would doubly penalise poor women, who could afford neither to abort a third child born through rape nor to lose tax credits.

In Westminster a cross-party group of peers has expressed doubt that the rape clause “can ever be made to work”, given the paucity of guidance. The House of Lords secondary-legislation scrutiny committee added that, having discussed the issue with officials, it was unconvinced that adequate arrangements were in place to administer the exemption process.

A spokesperson for the UK department of finance said, “We want to make sure women are supported when requesting an exemption to the two-child benefits policy in cases when their child was born as a result of nonconsensual sex.

“In these sensitive cases women will be directed to experienced third-party professionals, such as midwives, doctors, nurses, social workers or specialist charities, who are best placed to both offer support and confirm that the exception should apply. There is no requirement for staff to seek further details or evidence.” – (Guardian service)