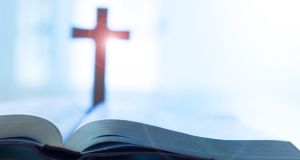 A renowned Irish exorcist and priest has called on the Catholic Church to appoint more exorcists.

Fr Pat Collins, a Vincentian, Dublin-based priest, said the church needed at least one trained exorcist for each diocese as he gets messages daily from people looking for his help.

The priest said the Catholic Church was “out of touch with reality” as they are sending “sufferers of possession” to psychologists instead of performing rituals.

“What I’m finding out desperately, is people who in their own minds believe – rightly or wrongly – that they’re afflicted by an evil spirit,” said Fr Collins.

“I think in many cases they wrongly think it, but when they turn to the church, the church doesn’t know what to do with them and they refer them on either to a psychologist or to somebody that they’ve heard of that is interested in this form of ministry, and they do fall between the cracks and often are not helped.”

The Catholic Communications Office (CCO) has previously said the church did require that each Irish diocese have a trained exorcist; someone who knows how to distinguish the signs of demonic possession from those of mental or physical illness.

In 2011, the Catholic Church warned that a surge in Satanism, facilitated by the internet, had led to a sharp rise in the demand for exorcism, and a six-day conference on the subject took place at the Pontifical Athenaeum Regina Apostolorum in Rome, Italy.