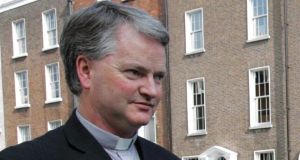 A Dublin priest has been appointed to a committee tasked with reforming Vatican media relations.

Monsignor Paul Tighe (56), who is currently secretary of the Pontifical Council for Social Communication, is to serve as secretary on the Committee for Vatican media, which has members with “expertise in communications” from the Vatican and around the world.

The committee is to be chaired by the former BBC Trust chairman and current Chancellor of the University of Oxford Lord Chris Patten.

“Building on the recent positive experiences with initiatives such as the Pope App and the pope’s Twitter account, it is anticipated that digital channels in the Church will be strengthened by this group to ensure Pope Francis’ messages reach more people globally, especially young people,” according to a statement from the Dublin Archdiocese.

The statement said the appointment of Msgr Tighe had been made by the pope.

The committee is to publish a report and reform plan at some point in the next 12 months.

He studied for the priesthood at Holy Cross College in Dublin and at the Pontifical Irish College in Rome. He was ordained a priest in 1983 and his first appointment was as parish chaplain and teacher in Ballyfermot in Dublin.

Msgr Tighe went on to study moral theology at the Pontifical Gregorian University in Rome and then became a lecturer on the subject in 1990 at Mater Dei and Holy Cross College.

He subsequently became a director of the Dublin Diocese communications office and was then appointed as secretary of the Pontifical Council for Social Communications, which is involved in communicating the Vatican’s message to the wider world.