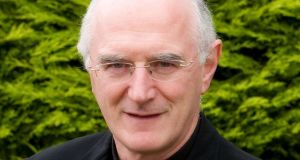 A parish priest in Meath who is also a former president of St Patrick’s College in Maynooth has been appointed the new Roman Catholic Bishop of Ossory.

There are 42 Catholic parishes and 89 churches, served by 58 priests and what the Catholic Communications Office describes as 15 “others”. The patron saint of the Diocese of Ossory is St Kieran.

The incoming bishop grew up in Castletown-Geoghegan and obtained a science degree from St Patrick’s College in Maynooth in 1976 before studying divinity and being ordained in 1980.

Between 1985 and 1988 he undertook doctorate studies at the Gregorian University in Rome where he wrote a thesis entitled The Dogmatic Foundations of Bernard Haring’s Thought on Christian Morality.

In 1993, he was appointed vice-president of Saint Patrick’s College, becoming president in 1996, a position he held until 2007.

In 1997 he was also an honorary prelate of His Holiness and in 2009 became vicar general to the Diocese of Meath.