Ex-Glen director will not face Sipo inquiry over ethics breaches 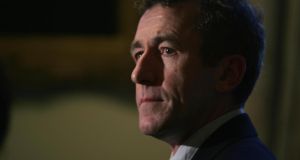 Former Gay and Lesbian Equality Network director Kieran Rose, who failed to disclose support from the organisation worth about €11,500 which he received during his Seanad election campaign. Photograph: Eric Luke

The Standards in Public Office Commission (Sipo) has confirmed it is not investigating Kieran Rose, a former director of the Gay and Lesbian Equality Network (Glen), for ethics breaches.

Mr Rose resigned from the board of Glen last April when it emerged he had used the charity’s resources during his unsuccessful Seanad election campaign last year.

Glen provided “temporary supports” – believed to be office space, printing, photocopying and computers – worth about €11,500 during his campaign.

Mr Rose repaid the expenses in full but failed to disclose them on his “unsuccessful candidate donation statement” to the commission.

He was co-chair of the organisation at the time but he resigned shortly afterwards, stating that “any breach of regulations that may have occurred was completely inadvertent”.

The controversy surrounding Mr Rose’s Seanad run was one of several instances of poor financial governance at the charity which preceded it being wound up in May.

In October, Mr Rose’s solicitor Dara Robinson wrote to the commission asking if it was examining the issue. Last week Sipo responded with a letter stating that, as Mr Rose had repaid all the money, it “considers the matter to be resolved”.

Sherry Perreault, the commission’s head of ethics and lobbying registration, advised Mr Rose not to enter into financial arrangements without a prior written agreement. The lack of written agreement could expose a candidate and the lender or donor to “risks of perceived non-compliance under the Electoral Act 1997 (as amended)”, she said

The controversy was sparked at Easter, when Glen’s then executive director Áine Duggan revealed she had become aware of grave issues at the charity shortly after being appointed the previous October.

She instanced spending on Glen credit cards and on a political campaign, which the board was unaware of.

A subsequent report by former senator Jillian van Turnhout, said Glen had been caught in “a perfect storm” following the controversy, with diminishing public trust, minimal financial reserves, no chief executive and reduced staffing. She said the charity engaged in “extremely poor practice” by allowing staff members to use its credit cards for personal reasons, even though the money was always repaid.

At critical junctures, Glen failed to heed or fully understand the warning signs in terms of corporate governance, she found.

The board of the charity then decided to make arrangements for “an orderly wind-up” of its affairs.