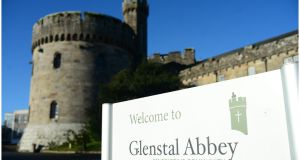 The new abbot of the Benedictine monastery at Glenstal Abbey in Murroe, Co Limerick, has been installed. File photograph: Bryan O’Brien/The Irish Times

The new abbot of the Benedictine monastery at Glenstal Abbey in Murroe, Co Limerick, has been installed at a ceremony attended by 25 abbots, abbesses, monks and nuns from Benedictine, Cistercian and Poor Clare monasteries in Ireland and abroad.

Fr Brendan Coffey, who was elected as abbot by the community at the abbey 12 weeks ago, received the abbatial blessing from Archbishop of Cashel Kieran O’Reilly during Mass in the abbey’s church at the weekend.

Fr Coffey was escorted to the archbishop for the blessing by his two immediate predecessors as abbots at Glenstal, Fr Christopher Dillon and Fr Mark Patrick Hederman.

Among those who concelebrated the Mass were five bishops.

The Church of Ireland Bishop of Limerick and Killaloe Kenneth Kearon was also present.

As the Mass ended, the new abbot addressed the congregation.

Asking for their prayers, he quoted St Bernard’s advice for new abbots: “Notice everything. Turn a blind eye to some things. Correct a little. Cherish the brethren.”

Glenstal Abbey has a community of almost 40 monks, who live according to the rule of St Benedict and the precepts of the gospel.

The monks live in the abbey, where they also manage a boarding school for boys, a farm and a guest house.

The monks gather in church four times a day for the Divine Office and Mass.