Church of Ireland to mark 30 years of women priests 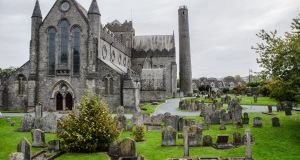 The 30th anniversary of the ordination of women to the priesthood in the Church of Ireland will be marked at its General Synod this week.

The General Synod was originally to have taken place at Croke Park last May but was postponed due to the pandemic. It will now happen online, on December 1st and 2nd.

The ordination of women priests and bishops was approved by General Synod in May 1990 and in the following month two deacons – Rev Irene Templeton and Rev Kathleen Young – became the first female priests in Ireland following their ordination at St Anne’s Cathedral in Belfast by then Bishop of Connor Samuel Poyntz.

Though attended by several hundred people, television cameras were excluded from the actual ceremony on June 24th, 1990. However, Bishop Poyntz’s words of ordination were relayed outside on loudspeakers.

The Church of Ireland’s first woman deacon, Rev Katharine Poulton, was ordained to that role three years previously in June 1987. In 2010 she was the first woman Dean of Ossory and installed that Easter at St Canice’s Cathedral, Kilkenny.

The Church of Ireland’s first woman bishop, Most Rev Pat Storey, was consecrated as Bishop of Meath and Kildare on November 30th, 2013.

Currently about one in five of the Church of Ireland’s 500 serving clergy are woman.

This week’s General Synod will be the first presided over by new Primate of All Ireland and Archbishop of Armagh John McDowell, who assumed office last April. His predecessor Archbishop Richard Clarke retired last February.

All relevant reports have already been made available online to General Synod attendees. The Representative Church Body, the central trustee body of the church, has reported that its total funds in 2019 increased by 13 per cent, from €179.3 million to € 203 million.