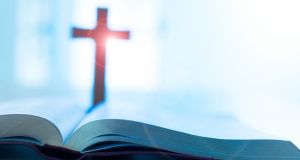 The Church of Ireland General Synod heard that all the Minister for Education’s suggestions on school admissions would “impinge negatively on Church of Ireland primary and secondary schools”. Photograph: iStock

New proposals on school admission policies would “fundamentally undermine” Protestant schools in Ireland and remove “the very purpose for their existence,” the Church of Ireland General Synod was told on Friday.

The Church of Ireland board of education believed his proposals had the potential “to fundamentally undermine the Church of Ireland, Methodist, Presbyterian, Society of Friends patronage body schools at both secondary and primary level to serve the Protestant population in the Republic of Ireland, thus removing the very purpose for their existence,” he said.

Mr Bruton earlier this year announced plans to remove the so-called baptism barrier from schools to ensure children from non-religious backgrounds are not discriminated against in school admissions policies.

Mr Hall also claimed the issue was being driven mainly “by two interest groups: Equate, and Education and Equality” and that Mr Bruton had announced his intentions to change schools’ admissions policies from the offices of Equate.

Mr Hall said it was “interesting that the Minister chose the offices of a special-interest lobby group opposed to religious orders managing schools from which to announce a 12-week consultation period on school admissions”.

More than 100 schools under Protestant management had made submissions to the Minister on the issue, he said. The views of more than 500 families with children at primary schools under Church of Ireland management were sought by the church’s board of education and 87 per cent said such schools were important to them, while 77 per cent believed abolishing the right of their schools to give priority to their children would “undermine parental choice in their locality”. Most of the parents also expressed “dismay and anger” at the proposals, he said.